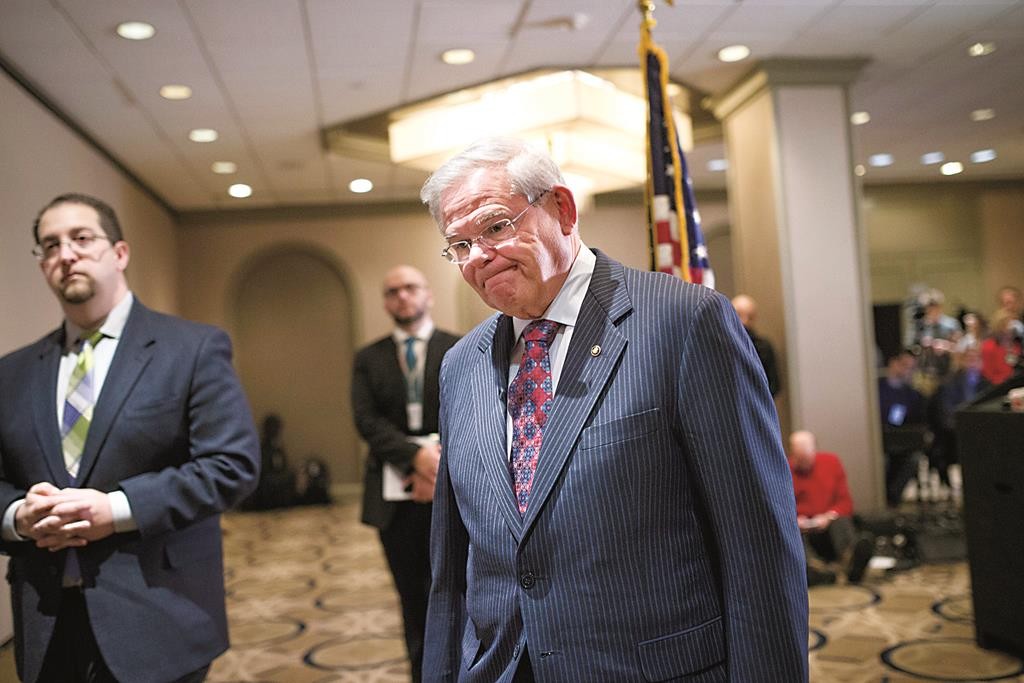 A criminal prosecution of Sen. Bob Menendez would represent a major test for a Justice Department anti-corruption unit that recently scored the conviction of a former Virginia governor, but endured humbling setbacks in cases against two former U.S. senators.

The New Jersey Democrat is expected to face criminal charges in the coming weeks over his ties to a Florida eye doctor who is also a longtime friend and political donor. Menendez denied wrongdoing and said he has served honorably in his more than 20 years in Congress.

Behind the effort to charge Menendez is the Justice Department’s Public Integrity Section, a unit created nearly 40 years ago to prosecute government officials for abusing the public trust. The cases charged by the office, whose alumni include Attorney General Eric Holder, mostly involve prosecutions of lower-level public officials, such as a former Arizona state lawmaker who bilked a nonprofit and an Arkansas judge who pocketed a bribe, as well as corrupt police officers and military personnel.

But it’s the high-profile cases of nationally known officeholders on which the unit is judged by the public.

“If a senator gets indicted, that’s just always going to be a lot more newsworthy than if a lobbyist does,” said Matthew Kaiser, a defense lawyer.

In deciding to charge Menendez, federal prosecutors would be looking to build on a couple of recent high-visibility wins. Those include the conviction last September of former Virginia Gov. Bob McDonnell for promoting a dietary supplement in exchange for gifts and loans. Before that came the 2013 conviction of former Arizona Rep. Rick Renzi for using his office for personal financial gain and looting a family insurance business to help pay for his 2002 campaign.

Those wins served as morale-boosters for a section that, under different leadership, came under intense scrutiny for its bungling of the case of Alaska GOP Sen. Ted Stevens and misconduct that a specially-appointed investigator said was significant and widespread.

Though Stevens was found guilty of lying on Senate financial disclosure forms to hide home renovations and gifts from wealthy friends, Holder moved to dismiss the case in 2009 as the Justice Department acknowledged that its prosecutors had withheld evidence favorable to Stevens’ defense. A judge held several government lawyers in contempt and the then-chief of the section left his post.

Justin Shur, a former deputy chief of the section, cautioned against defining the unit’s success or failure based on isolated cases.

“The section brings cases that they believe have merit based on the evidence, regardless of whether it’s a United States senator or the clerk at a local courthouse,” Shur said.

At the Capitol on Monday, Menendez pointed out that he had not yet been charged, and dismissed as “speculation” reports that would happen.

Investigators are focusing in part on Menendez’s advocacy with the Medicare agency on behalf of a longtime donor and friend, Dr. Salomon Melgen, an eye doctor in Florida who received the most reimbursement from Medicare in 2014.

Peter Zeidenberg, a former prosecutor in the section, said public corruption cases like this one generally require proof of a pattern of gifts on one side and favors on the other. That also means establishing that the gifts were made with criminal intent, not “purely out of affection or because of their longstanding relationships.”

“There’s no such thing as a slam-dunk case,” he said.