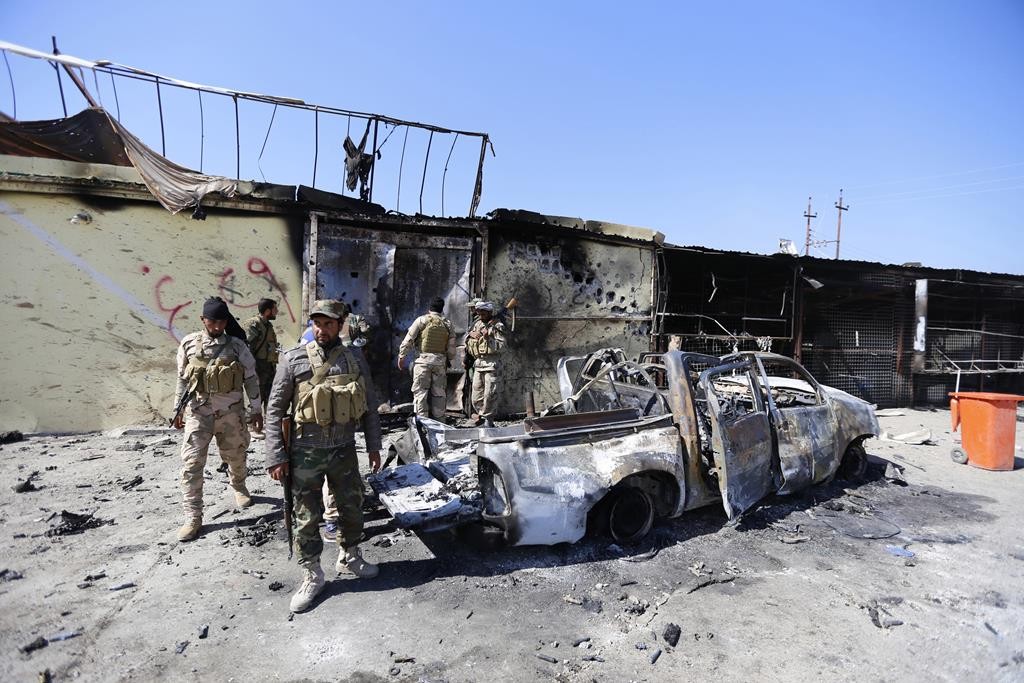 Iraqi soldiers and Shiite militiamen captured a town Tuesday on the outskirts of the Islamic State-held city of Tikrit, sealing off Saddam Hussein’s hometown in preparation to confront the terrorists in one of their biggest strongholds, officials said.

Seizing Alam puts the offensive on course to attempt to liberate Tikrit in the coming days, the ultimate battle-readiness test for Iraqi forces now advancing there without the support of U.S.-led airstrikes. Their operation likely will set the stage for how Iraq attempts to retake the more-densely populated cities of Mosul and Fallujah from the terrorists.

Iraqi forces entered Alam early Tuesday morning, their armored convoys roaring past the empty arid fields and occasional palm tree before gaining full control hours later, two Iraqi officials said. By nightfall, the military sealed off Tikrit on all sides, the officials said, speaking on condition of anonymity because they were not authorized to talk to journalists.

After seizing Alam, Shiite militiamen held assault rifles over their heads, chanting that the Islamic State group was “unable to conquer us.” Their involvement has been key in the Iraqi offensive, as have the involvement of Iranian military advisers guiding them.

Among those directing operations is Iranian Gen. Qassem Soleimani, commander of the powerful Revolutionary Guard’s Quds Force. The overt Iranian role and the prominence of Shiite militias in the campaign have raised fears of possible sectarian cleansing should Tikrit, an overwhelmingly Sunni city, fall to the government troops.

Most battlefield successes in Iraq have been coordinated efforts, with Iraqi and Kurdish forces and Shiite militias fighting on the ground and the U.S.-led coalition providing air power. The siege of the village of Amirli just north of Baghdad, when many feared the capital itself might fall, was broken last year with the help of U.S.-led airstrikes and a fighting force of mainly Shiite militias. Shiite militiamen backed by a coalition air campaign also retook the town of Jurf al-Sukhr, on Baghdad’s outskirts, from the terrorists in October.

Soleimani was a key player in both of those campaigns. But Iraqi and Kurdish officials and Shiite militia fighters all acknowledge the crucial role the coalition airstrikes played in their modest victories. And so far, the U.S. has said it isn’t coordinating with Iran on its strikes and hasn’t been asked to provide aerial support in the Tikrit offensive.