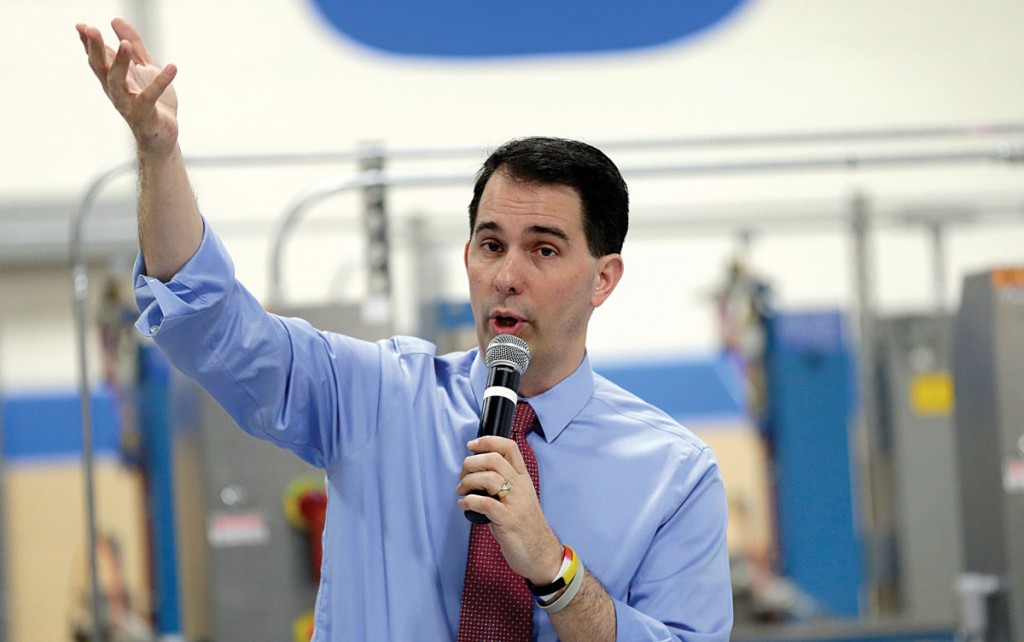 Walker, a likely presidential candidate fresh off a weekend visit to Iowa, signed the right-to-work bill affecting private-sector workers at an invitation-only ceremony at Badger Meter north of Milwaukee. The company’s president was one of the few business owners who publicly supported the measure, which rocketed through the Legislature in less than two weeks.

His sleeves rolled up and his suit jacket off, the Republican governor sat at a table with a banner that said “Freedom to Work” as he signed the bill that makes it a misdemeanor to require workers to pay union dues.

Just before the signing, Walker said the new law “sends a powerful message across the country and around the world.” He followed that up with a fundraising plea to supporters.

“The Big Government Labor Bosses will never forgive me for taking away their power but we are doing the right thing,” Walker said in the email, noting that he had signed the law and asking for donations of $10, $100 and $1,000.

Supporters have argued the law will help keep and attract new businesses to the state who were wary to spend in Wisconsin before. But opponents say it will drive down wages and make the workplace less safe.

“By signing Right to Work into law, Gov. Walker continues his crusade on the hard-working, middle-class families of Wisconsin,” said Phil Neuenfeldt, president of the Wisconsin AFL-CIO, in a prepared statement.

A coalition of more than 400 businesses formed to oppose the bill and upward of 3,000 union members and others gathered at the Capitol in a failed attempt to block its passage.