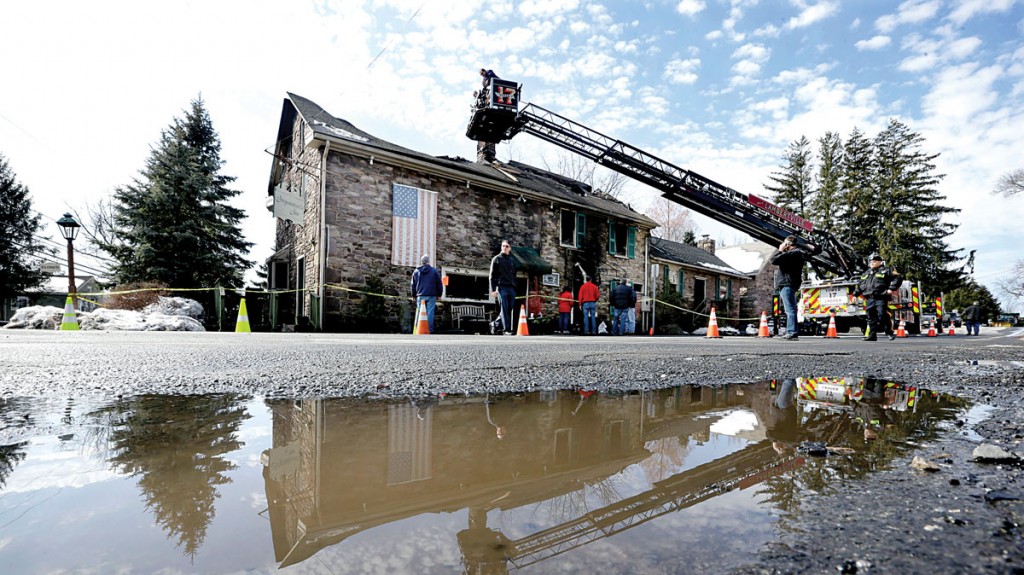 Firefighters found smoke coming from The Sergeantsville Inn in Delaware Township early Monday. But flames eventually tore through the roof of the two-story stone structure that is more than 300 years old.

“This is the center of our town,” Mayor Roger Locandro said. “This is the place where senators and assembly people come. This is a place where people celebrate their birthdays or anniversaries — their life events.”

The Sergeantsville Inn was converted from a private home into a grain and feed store in the 1830s. The restaurant opened in the early 1900s