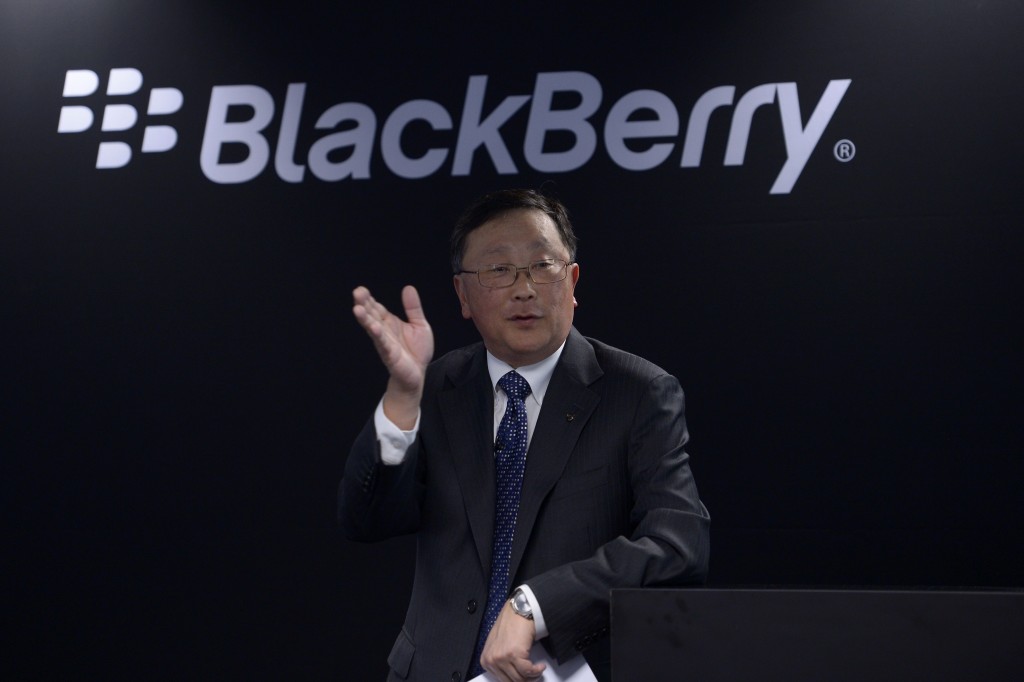 BlackBerry may be launching four new smartphones over the coming year, but the struggling company is staking its future on becoming a giant in software.

CEO John Chen said at the Mobile World Congress wireless show in Barcelona on Tuesday that since he took over a year-and-a-half ago, BlackBerry has undergone a “philosophical” shift away from merely making handsets.

“We are committed to making software as a business,” said Chen. “We are going to evolve.”

The company that once popularized handsets with full keyboards has had to reassess its goals since sales failed to keep up with other smartphones in recent years.

Though it presented its new BlackBerry Leap on Tuesday – a “low-to-mid” market phone that will go on sale in Europe in April and be followed by three more handsets – its focus was on software.

In particular, it wants to make its more-business-friendly applications, such as its messaging service, available to non-BlackBerry phones.

It will roll out over the next year the “BlackBerry Experience,” a set of three software packages crafted to improve security and communications for business and government customers. It also presented its “Work Life” software designed to allow companies to separate billing and communications on employees’ smartphones used for both private and business.

The Canadian smartphone maker once commanded 50 percent of the U.S. market, but has seen its share evaporate as consumers flock to devices made by Apple and those run on Google’s Android operating system, like the popular Samsung models.

Chen’s major move to transform BlackBerry came in November, when it separated its most successful applications from its devices and made them available for the operating systems of would-be competitors.

It has since struck new deals to provide software to Samsung.

Chen said BlackBerry will try to strike a balance.

“We are going to compete with Samsung and we are going to collaborate with Samsung,” Chen said. “We have a very small hardware percentage around the world today, so our strategy is to expand our server-available market by making it cross-platform. We can now have a business that spans 99 percent of the market.”

Hardware sales still represent 73 percent of BlackBerry’s revenues, and Chen said his vision is that devices and software become “two pillars” of his business.

BlackBerry’s head of devices, Ron Louks, told The Associated Press that thumbs need not worry – BlackBerry was not beginning a long goodbye to its smartphones with keyboards.

“For us to be a great company, we need balance between the hardware side and the software side, but we are obviously very invested in the hardware business and will continue to be,” Louks said.

Chen said BlackBerry is “stabilizing” financially, but did not disclose figures. “We are going to generate more revenue,” he said.

The Leap has a touchscreen, a five-inch display and 25-hour battery.

Louks caused some commotion by waving another of the three new phones to come this year before hiding it in his jacket. He said it has a dual curve display with a sliding keyboard.