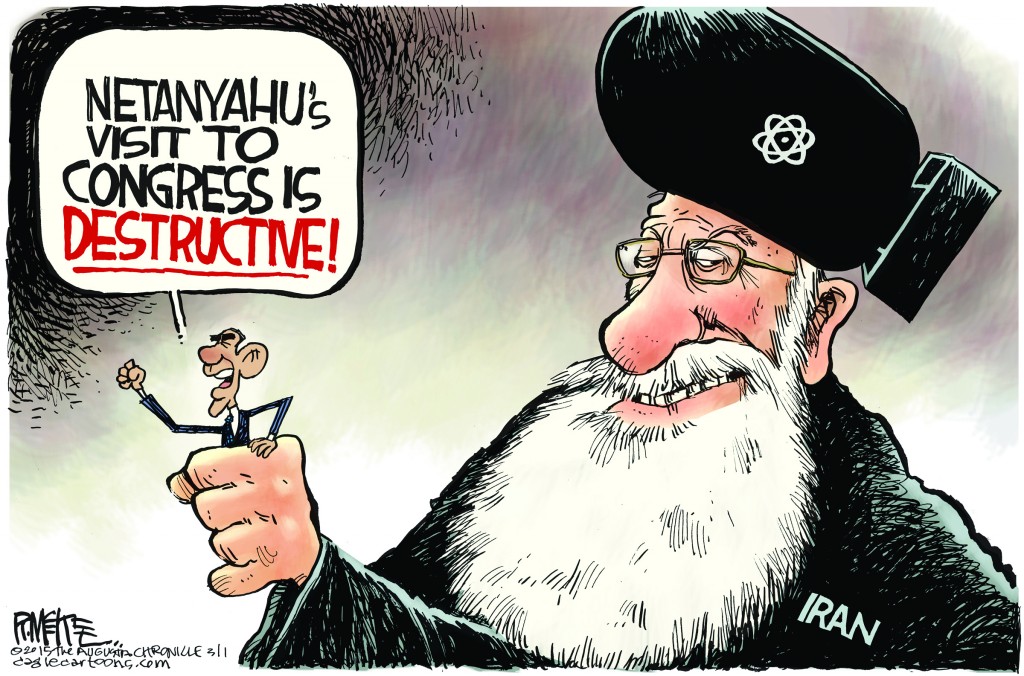 The calendar assures me it’s Adar, so marbim b’simchah, right? Today in Israel the tension in the national emotional state is palpable, a collision between the building joy of Purim’s approach and the blunt gravity of Israel’s political affairs, domestic and foreign. Kids are walking through the streets in cute clown costumes and adults are worrying about the Washington trip of Prime Minister Netanyahu or plotzing about the political polemics passing for campaign platforms in the national elections two weeks away.

I wish this column were light-hearted, joyful Purim Torah but “To everything there is a season, and a time to every purpose under the Heaven” (Kohelet 3:1); now is not the time for my “comedy column.” As Mordechai and Esther realized some 2 1/2 millennia ago, fasting and prayer is the sensible approach to impending cataclysm. With that in mind, I was relieved to see images of Prime Minister Netanyahu visiting the Kotel Motzoei Shabbos before embarking early Sunday morning on his historic and essential trip to address a joint session of the U.S. Congress. I can’t say if the PM fasted like Esther, nor do I know the text of his prayers — one can guess — but upon boarding a plane to Washington, Netanyahu, the elected leader of Israel, with his parting words expanded his mandate, arrogating the title of “emissary … the entire Jewish people.”

On issues of politics — specifically on the matter of Iranian nuclear policy and its impact on Israel and Jews — I take no umbrage with his claim. It is for this reason that his visiting the Kotel was appropriate as Judaism’s holiest and symbolically most potent site. Frankly, I wish he and all of Israel’s leaders would visit the Kotel more frequently; Israel’s leaders regularly praying for Divine guidance there would provide great help to this nation’s challenges.

On Tuesday night, by the time you have read this, Netanyahu will have presented his conviction to America that the pending deal with Iran, instead of securing peace, will catalyze the opposite: empowering Iran to further destabilize the Middle East and to wreak overt havoc on Western Europe and America. Netanyahu, perhaps the greatest political orator of the generation, will, no doubt, present a speech of rare eloquence to Congress articulating the position of Israel and that of reason, a speech resonating with the hearts and minds of the American audience which overwhelmingly favors his presentation. Netanyahu’s challenge has not been with rhetoric but with resistance of adversaries. Since the speech was announced, innumerable traps and impediments were set for him, by his vested opponents — The New York Times and America’s left-leaning media, Obama’s White House, Kerry’s State Department (and its babbling pair of spokeswomen, Jen Psaki and Marie Harf), and leading Democrats. But to my thinking, the most pernicious obstacles he faces are not in America but his domestic Scylla and Charybdis: Haaretz newspaper leading the bulk of Israel’s media and his political enemies of the left led by Herzog and Livni, the co-heads of the newly minted Zionist-Union party.

In a transparently coordinated effort, the above collection of political anti-Netanyahu yahoos regularly floated disinformation to its willing accomplice, the media, defaming Netanyahu, claiming he was “out of the loop” and subsequently “not in possession of all the information.” This was a tactically brilliant maneuver. In Washington, they played this tune to discredit the content of any statements Netanyahu would make to media and to Congress; in Israel, Herzog/Livni used this statement to show that Washington won’t play ball with Netanyahu, thereby sidelining Israel in the process. Herzog/Livni harangues the Israeli public, claiming Obama’s White House will never deal with Netanyahu and for Israel to restore the strong relationship between the two countries, Netanyahu must be deposed and they must be elected. (If a voter in the Israeli election is looking to maximize their vote’s impact, in the sense of damage, voting for Zionist-Union and getting its two-headed Cerberus, Herzog/Livni, is the way to go.)

David Horovitz, editor of the left-leaning Centrist daily The Times of Israel (a daily prone to antagonism towards Netanyahu), wrote the paper’s lead column today. The title encapsulated the whole article: “Netanyahu So Wrong in Confronting Obama, So Right on Iran.” Clearly, he believes Netanyahu should stay home but unequivocally states that Netanyahu was in fact “in the loop,” his information accurate and complete and that there is every reason to fear the deal being consummated between Washington and Iran. Horovitz, therefore, is eviscerating the arguments of Herzog/Livni and Obama. The very points the White House is attacking most vigorously are the very points of greatest accuracy in Netanyahu’s warning to the world.

I am not so naïve to think that some measure of politics is not at play here in this battle between Netanyahu and Obama but more significantly, I am not so cynical as to think that Netanyahu is doing this for a bump in the polls. Netanyahu is far, far from the perfect leader but, in this case, “Bibi speaks for me,” and I am much comforted by the fact he went to the Kotel and spoke to G-d first.

Meir Solomon is a writer, analyst, and commentator living in Alon Shvut, Israel, with his wife and two children. He can be contacted at msolomon@Hamodia.com.