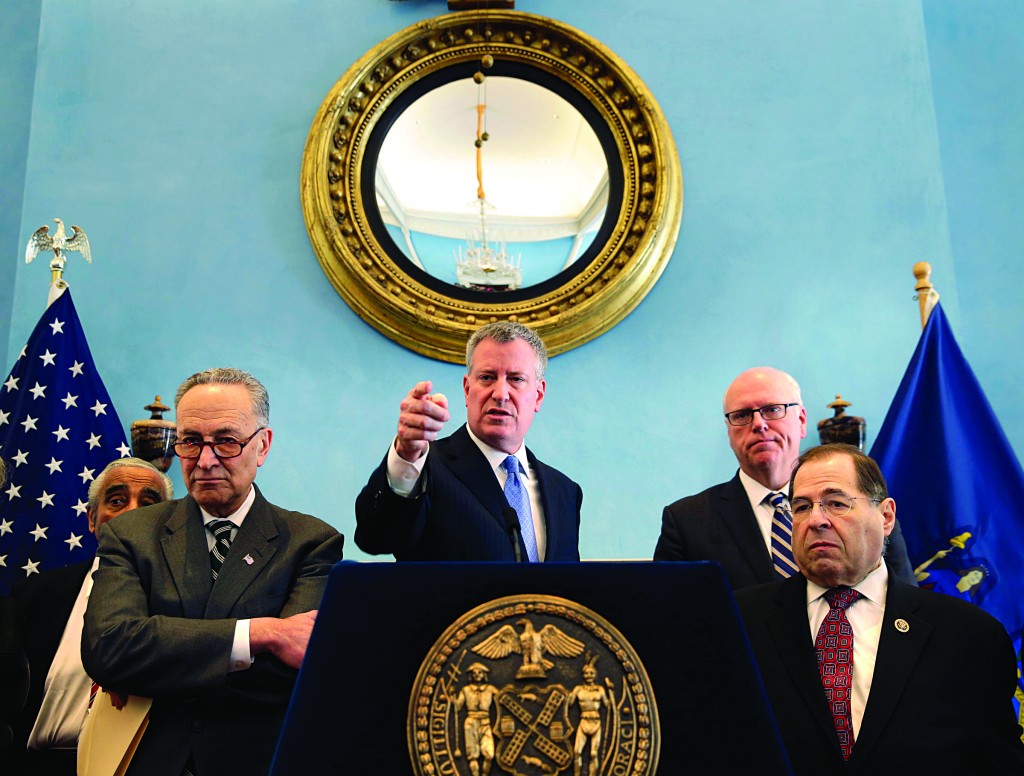 Most of New York City’s all-Democratic congressional members plan to attend Prime Minister Binyamin Netanyahu’s speech to the House of Representatives on Tuesday, although some remain undecided at the last minute.

House Speaker John Boehner invited Netanyahu — who’s facing re-election in Israel in three weeks — without first getting the go-ahead from President Barack Obama. Obama and Netanyahu are not scheduled to meet.

Sens. Charles Schumer and Kirsten Gillibrand will be at the speech, which will detail Israel’s objections to what is expected to be an imminent deal allowing Iran some nuclear capability.

Schumer said he was attending to show that the U.S.–Israel relationship is “strong and vital to both countries.”

Most of the opposition to the speech comes from the Congressional Black Caucus, which was co-founded by Rep. Charles Rangel of Harlem. Rangel and Gregory Meeks of Brooklyn are the only ones of the city’s 11 congressmen who will not be attending.

“I want to make it clear: I am not boycotting the speech. I am just not going to the speech,” Rangel said.

However, Rep. Hakeem Jeffries of Coney Island, who is also a member of the caucus, said he will attend. Jeffries was lauded for his floor speech declaring Israel’s right to defend itself during the summer’s Operation Protective Edge in Gaza.

Another Caucus member, Yvette Clarke of Midwood, said she is still undecided. Two activists in her district, Leon Goldenberg and Chaskel Bennett, sent her a letter on Sunday urging her to attend and noting that people will be watching her decision.

“We do have to tell you there is very strong consensus on this issue and your Jewish constituents are hopeful that your ultimate decision will fall on the right side of history,” the two wrote. “We are sensitive to the political considerations you may be facing and realize the position you may be in. Nonetheless, we again ask you, for the final time, to attend [Netanyahu’s] speech. The Iranian nuclear threat supersedes any other political consideration — period.”

Clarke, an original member of the “Gaza-54,” a group of lawmakers who urged Obama in 2010 to apply pressure on Israel to withdraw border control of the Hamas-run territory, has since renounced the letter and has voted more in line with Israel.

“I’m probably the only one here who still is not decided,” Clarke said on Monday. “I’m conflicted.”

Clarke was scheduled to meet Bennett and Goldenberg in Washington on Monday before making a decision.

Several members who are attending criticized the way Boehner invited Netanyahu but said they value relations with Israel.

“Yes, I will be attending,” Rep. Nydia Velazquez of Williamsburg said Monday. “But I am very frustrated as a member of Congress to feel that the Speaker of the House, with total disregard, has put us in this predicament.”