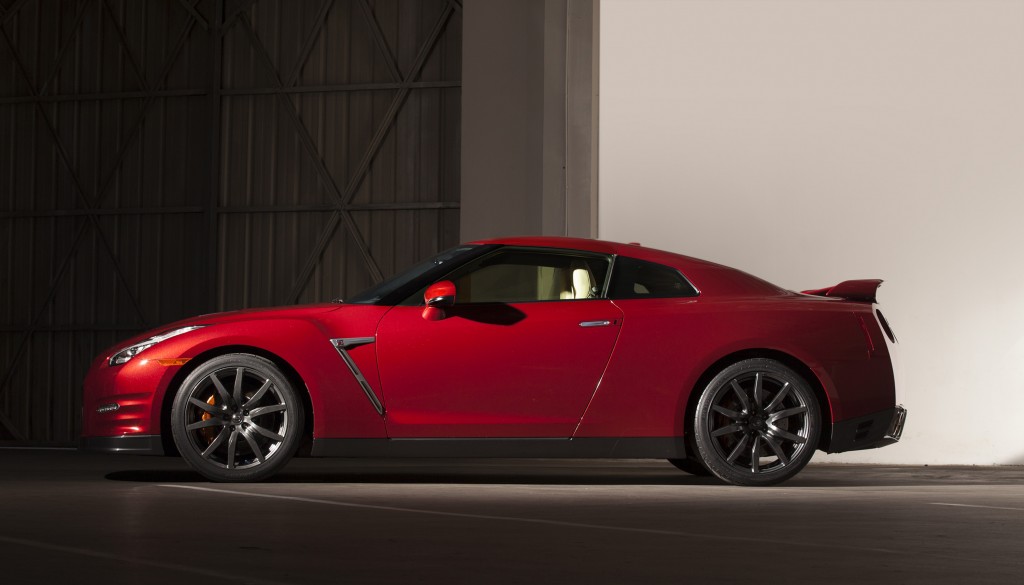 I kept my distance. All high-performance cars can be prickly and high-maintenance.

But the fast-and-furious Nissan GT-R radiates “different” – as in a slightly unsettling mix of cold efficiency blended with the personality of an assassin on steroids.

Who doesn’t love the GT-R’s retina-flattening acceleration and its ability to corner so violently that your heart ends up somewhere below your liver?

I just never liked the car very much.

Consider this: The designers of the GT-R apparently found much of their inspiration in large industrial robots — Carbot, the Microsoft killer.

For 2015, though, Nissan sought to soften the GT-R just a tad while maintaining its ruthless road manners.

I know, I know. With the way Nissan has cranked out commodity cars of late, we have good reason to be skeptical.

But, hey, when you’re dealing with a near-legendary all-wheel-drive coupe that bristles with 545 angry horsepower and can swat most Porsches, would you really take any chances of messing it up?

Of course not, and Nissan did a pretty good job of smoothing a few of the GT-R’s rough edges while preserving most of its sinister clanks, whirrs and whooshes.

Among the changes were new spring rates and dampers, along with a softer front anti-roll bar and bushings.

Most of the time now, you no longer feel the need to pull on a Nomex racing suit and grab a helmet before hopping into the track-hungry GT-R.

The deeply maroon 2015 Premium model I had recently looked exactly like GT-Rs did when they arrived in the U.S. in 2009 — just with a bit more sheen and polish.

With still-classic proportions, the GT-R defiantly faced the world with a long, broad hood, huge vertical headlamps and oversized grille.

The car’s low-slung top curved down into a flat, short trunk still wearing a laughably large — albeit functional — spoiler.

It ain’t beautiful, kids. But the GT-R still sports a bunch of interesting features, like unusual squared-off front fenders.

The doors and rear fenders also get puffed up some with shoulders on their tops, and in back, the GT-R mutters darkly at traffic through five-inch diameter exhausts — two on each side of the rear fascia.

Above the giant pipes, four signature round taillamps continue to proclaim that this is definitely, absolutely, assuredly no Altima Coupe.

In fact, the big coupe seems so substantial that it’s hard to believe that a relatively small 3.8-liter V-6 lives beneath its vented hood — and makes mind-bending power.

At $106,650, the GT-R is more than twice as expensive as any other vehicle in Nissan’s mostly pedestrian lineup, accounting for only about 1,400 sales a year.

So the big all-wheel-drive coupe is either grossly overpriced or packs some monster content, and I’d bet Chateau Box and my 1/8th-acre vineyard out back on unique parts and pieces.

The intercooled and turbocharged V-6 starts with a barely muted bang, settling into a flat, impatient 900-rpm idle.

Push the console-mounted shift lever to the right to engage the manual mode of the GT-R’s dual-clutch six-speed automatic transmission — a process that generally elicited a clunk and clang.

You can leave it in automatic mode, but I don’t recommend it. The transmission feels clumsy, upshifting at 3,000 rpm and just seeming generally out of step.

Use the paddle shifts, and once in first, ease into the accelerator.

Up to about 2,000 rpm, the GT-R feels no more lively than a 370Z convertible — adequate but hardly awesome.

But from there to the car’s 7,000 rpm red line, the two-ton terminator accelerates with shocking, chest-compressing velocity, howling hoarsely with little wheel spin to 60 in an utterly astounding 3 seconds, according to Car and Driver.

Go easy on the beast, and you might manage to scratch out 16 miles per gallon in town and 23 on the highway. (I never did.)

While hardly surgical or graceful, the GT-R tears flatly into curves, relying on a really firm suspension and four driving wheels to stay on course.

Although slightly improved, particularly on smooth pavement, the coupe was still as stiff as an investment banker, tripping pretty hard over potholes and bumps.

All kinds of noise accompanied every trip — clomps from the tires, growls and howls from the exhaust, burps, whooshes and whirrs from under the hood and occasional clangs and rattles all over.

If you tire of the race-car concerto, find some wide-open pavement and push hard on the magic pedal — while muttering a little prayer for your driver’s license.

In seven short seconds from a dead stop — less time than it took to read the last paragraph — you can hit 100 mph.

You might as well have some fun with the GT-R. There was little to relish in my car’s black interior.

A flat, deep dashboard swept over a large boy-racer center stack with a surprisingly small six-inch display screen on top.

Techno-types can dip into the screen and fiddle with the car’s settings, including launch control, which seems pretty appropriate.

Black leather covered the hood over the instrument panel and the top of the center stack. The average-looking bucket seats, offering fine support, also appeared to be leather.

Also in black leather, the minimalist back seat provided sufficient space for a couple of Chihuahuas — in helmets, of course.

Just about everything else came in hard plastic — in a six-figure car.

I took that as confirmation that most of the GT-R’s content is beneath its skin, where it should be.

Granted, only a handful of hard-core enthusiasts will ever step up and buy a wild-child GT-R.

But I think it shouts more about Nissan’s engineering capabilities than 10,000 Murano crossovers.