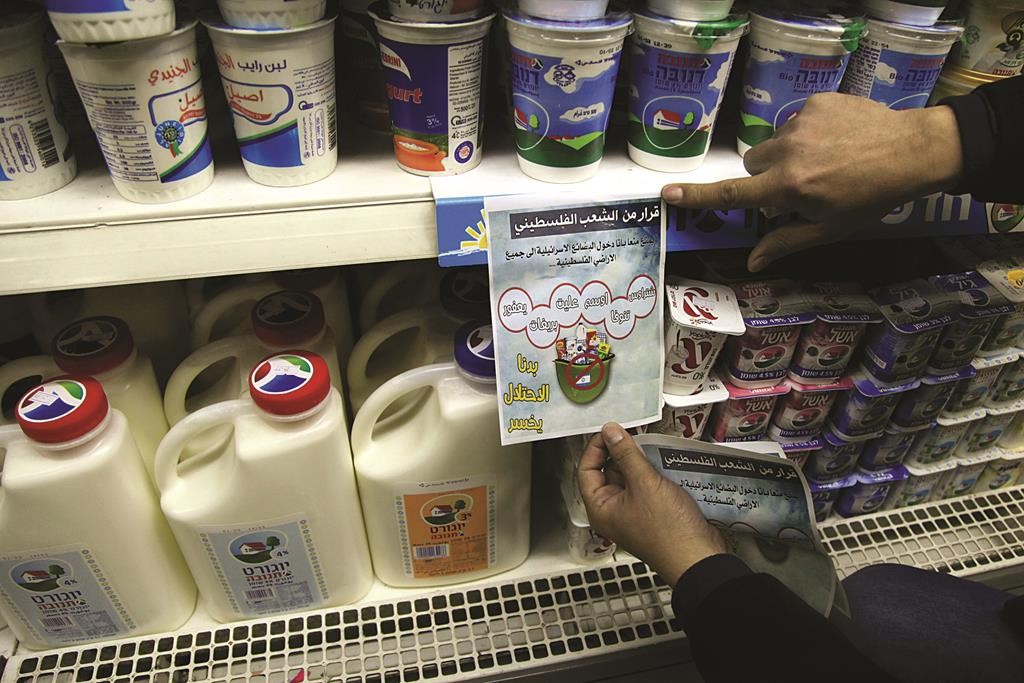 Most Palestinian shops no longer carry the products of six major Israeli food companies, as a boycott got underway, it was claimed on Sunday.

Fatah activists had given shopkeepers until this weekend to remove the products, warning they would destroy what hadn’t been sold by then.

Campaign leader Abdullah Kmail said Sunday that 80 percent of shops no longer carry the products. He said shopkeepers were given extra time to sell the remaining goods and that no products were seized.

The PA is an important market for Israeli exports, including an estimated $700 million a year in food exports. The current campaign targets the companies Tnuva, Strauss, Elite, Osem, Prigat and Jafora.

Visits to a small grocery and a large supermarket Sunday indicated that owners are trying to comply with the campaign. Both said they are trying to sell what remains of the targeted products, and would not restock.