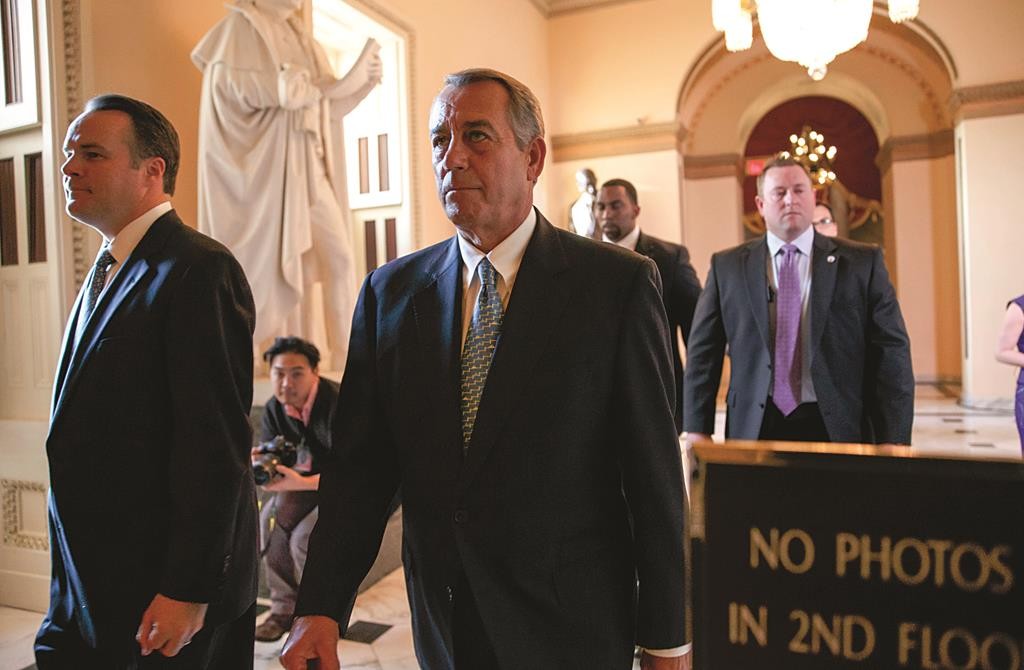 House Republican leaders on Sunday demanded that Democrats begin negotiations on funding for the Homeland Security Department and President Barack Obama’s unilateral actions on immigration. Democrats showed no indication they were willing to talk, and some Republicans said the party should simply surrender and give the agency money without conditions.

With a partial shutdown of the department possible at week’s end, Speaker John Boehner said the House wants to enter talks with the Senate on a final bill and pointed to Monday’s scheduled Senate vote. Congress late Friday cleared a one-week extension for the department after 52 House conservatives defied their leadership and helped scuttle legislation that would have given the agency a three-week reprieve.

Friday’s humiliating defeat produced a backlash in the House, with some Republicans criticizing their conservative colleagues and others arguing it was time to fully fund the agency for the year and move on.

Rep. Peter King (R-N.Y.), a former chairman of the Committee on Homeland Security, said Boehner needs to find a way to get a bill to the House floor without the divisive immigration provisions.

“There’s no doubt it will pass. … We cannot allow this small group to block it. Once … this comes to a vote, we get it behind us, we go forward, then we really, as Republicans, have to stand behind the speaker and make it clear we’re not going to allow this faction to be dominating and to be impeding what we’re trying to do,” King said.