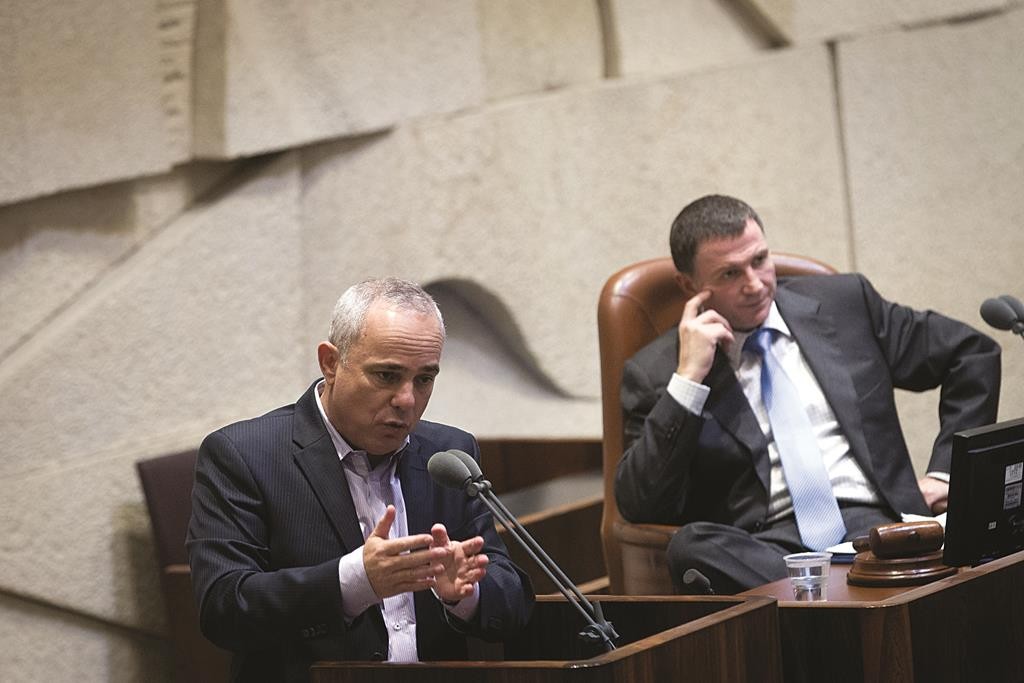 As the furor over his controversial speech on Iran to the U.S. Congress continued to make headlines, Israeli Prime Minister Binyamin Netanyahu enplaned for Washington on Sunday, proclaiming that he was on a mission to speak for the entire Jewish people.

Before leaving, Netanyahu was intent on again answering critics who charge that his speech is ill-timed or politically motivated.

“I am leaving for Washington on a fateful, even  historic, mission,” Netanyahu said. “I feel that I am the emissary of all Israelis, even those who disagree with me, and of the entire Jewish People. I am deeply and genuinely concerned for the security of all Israelis, for the fate of the nation, and for the fate of our people and I will do my utmost to ensure our future.”

The prime minister’s claim that he will represent Jews everywhere struck a nerve in the U.S., as Democratic senator from California Diane Feinstein told CNN on Sunday that she considered the statement “arrogant.”

“He doesn’t speak for me on this,” Feinstein said. “I think it’s a rather arrogant statement. I think the Jewish community is like any other community. There are different points of view. I think that arrogance does not befit, Israel, candidly.”

While about 20 Democrats reportedly plan to skip the speech in protest, after several days of hesitation, Feinstein said, “I intend to go, and I’ll listen respectfully. “I don’t intend to jump up and down.”

Prior to his departure, Netanyahu visited the Kosel. “I respect U.S. President Barack Obama,” Netanyahu said after the visit.

“I believe in the strength of Israel’s relations with the U.S. and through them we shall overcome these differences, as well as those to come,” he said.

In Israel, Netanyahu was treated to an unwelcome sendoff by a group of more than 180 former security officers who called on him to cancel the speech.

The group, made up of former senior commanders from the IDF, Mossad, Shin Bet and Israel Police, held a press conference on Sunday, in which they warned that the U.S.-Israel alliance was being put at risk by Netanyahu’s insistence on openly trying to thwart the Obama administration’s negotiations with Iran.

“We called this press conference in order to call on Prime Minister Binyamin Netanyahu to cancel his upcoming speech to Congress and to stop before it is too late. It is no longer possible to hide the rift with the Americans, a rift that cannot be accepted. We believe that this poses a clear and present danger to the security of the State of Israel,” Reshef said.

“When the prime minister of Israel presents a speech as if it can stop Iran from getting a nuclear weapon, he damages Israeli deterrence because there is not a single security expert that doesn’t understand that after this speech, Iran will not be distanced from the nuclear option it is attempting to achieve. The people of the U.S. see the rift between the countries and the leaders, the people of Israel see it, and no less importantly, the people of Iran see it,” he added.

The Likud issued a statement rejecting the remarks by the former officials.

“This is a recycled version of those same generals — leftists who promised peace at Oslo, supported the disengagement, supported the ‘Arab Peace Initiative’ which is based on dividing Yerushalayim, and championed a withdrawal from Yehudah and Shomron, and the Golan Heights,” the party said.

“Nowadays, they are being used as messengers by the Left, whose campaign is being funded with millions of dollars flowing into Israel from left-wingers abroad,” the Likud said.

In another development related to the speech, Republican Senate Majority Leader Mitch McConnell said that Netanyahu will meet with the Republican and Democratic leaders of the Senate on Tuesday after he addresses the Congress.