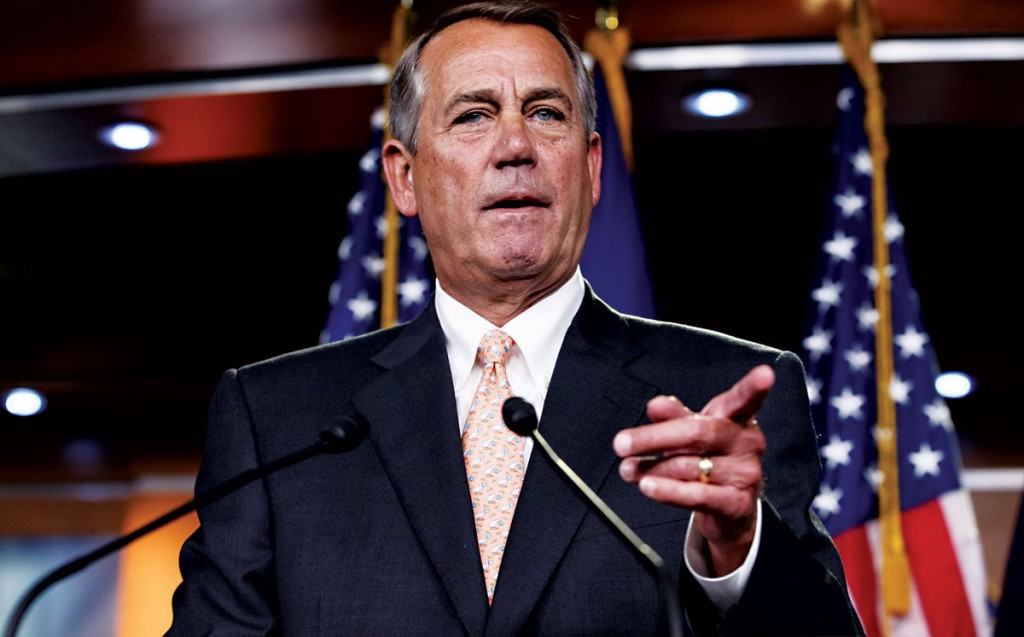 In a move that may ease — or exacerbate — tensions with Israel over a potential Iran nuclear deal, the White House has decided against snubbing America’s leading pro-Israel lobby and will send President Barack Obama’s national security adviser and U.N. ambassador to address its annual policy conference.

The American Israel Public Affairs Committee announced Thursday that national security adviser Susan Rice and U.S. Ambassador to the U.N. Samantha Power will speak to its conference that begins this weekend. U.S. officials had floated the idea of sending a non-Cabinet level official to the event to show the administration’s deep displeasure with Israeli Prime Minister ­Binyamin Netanyahu’s speech to Congress, in which he will argue against the Iran deal.

In their as-yet unscheduled appearances at the AIPAC conference that runs from Sunday to Tuesday, Rice and Power will stress the importance of the U.S.-Israel relationship and the administration’s commitment to Israel’s security, according to American officials.

But, they will also make the administration’s case for the ongoing negotiations with Iran before an audience of more than 16,000 pro-Israel activists that is likely to be hostile to the talks and deeply concerned by growing conflict between Obama and Netanyahu and their top aides over the speech and his opposition to one of the president’s signature foreign policy goals.

The administration’s choice of Rice and Power to address the AIPAC conference, at which Netanyahu will also speak, is an apparent effort to try to tamp down an increasingly vitriolic back-and-forth between the U.S. and Israel. But, it is not at all clear if it will have that effect.

Just two days ago, Rice sharply criticized Netanyahu’s impending visit. In an interview on Tuesday, she said plans for Netanyahu’s speech had “injected a degree of partisanship” into a U.S.-Israel relationship that should be above politics. “It’s destructive to the fabric of the relationship,” Rice said. “It’s always been bipartisan. We need to keep it that way.”

However, at a Capitol Hill news conference on Thursday, House Speaker John Boehner rejected Rice’s criticism, arguing that a “bad deal” with Iran would be destructive.

“The president’s national security adviser says that it’s destructive for the prime minister of Israel to address the United States Congress next week. I couldn’t disagree more,” Boehner told reporters. “The American people, and both parties in Congress, have always stood with Israel. Nothing and no one should get in the way of that.”

“And that’s why it’s so important for the American people to hear what Prime Minister Netanyahu has to say about the grave threats that they’re facing,” Boehner said. “So I’m glad the prime minister is coming and I’m glad that most of my colleagues, Democrats and Republicans, will be there to hear what he has to say.”

Meanwhile, former U.S. Secretary of Defense Donald Rumsfeld entered the fray, condemning what he called the White House’s “shabby treatment” of Netanyahu, in an interview with Yisrael Hayom.

“The main issue must be a discussion about Iran,” Rumsfeld said. “This is a state that supports terror, is rabidly opposed not only to Israel but to the United States, as well as others. Usually, when there is a difference of opinion with friendly states, you resolve them behind the scenes, instead of openly insult them.”

“The relationship between the United States and Israel today is probably as bad as ever in my adult lifetime,” Rumsfeld added. “It is a shame because it is a country that is small, it’s embattled, it’s got neighbors that wish it weren’t there and it faces a growing threat from Iran, a nuclear Iran.”

In Israel, Strategic Affairs Minister Yuval Steinitz (Likud) issued a sharp rejoinder to U.S. Secretary of State John Kerry  on Wednesday night, after Kerry questioned Netanyahu’s judgment on Iran, and that he was not fully informed.

Steinitz suggested that “maybe he (Kerry) doesn’t know everything we know.”

“We know all we need to know, and we have an excellent picture of the negotiations,”  Steinitz asserted.Steinitz noted that the information Israel has obtained so far “is why we are concerned,” adding that “the relationship between Israel and the United States is a strategic asset, but when it comes to Israel’s security, we are also prepared to fight.”