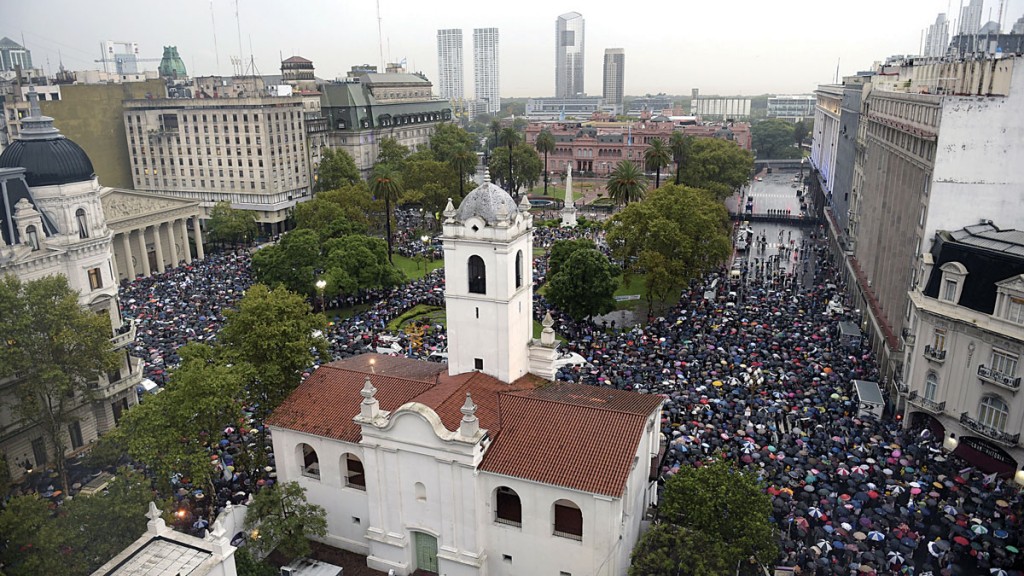 A federal judge on Thursday firmly dismissed allegations that Argentine President Cristina Fernandez tried to cover-up the involvement of Iranian officials in the 1994 bombing of a Jewish center, easing a crisis for her government fed by the death of the prosecutor who brought the case.

“There is not a single element of evidence, even circumstantial, that points to the actual head of state,” the judge said.

Nisman had filed the complaint just days before he died on Jan. 18 under mysterious circumstances. Polls show many Argentines suspect officials had some hand in the death, though Fernandez and aides have suggested the death was actually aimed at destabilizing her government.

While the decision can be appealed, the judge’s scathing wording appears to substantiate government insistence that Nisman’s case was baseless, though his death still casts a shadow across the administration.

Tens of thousands of Argentines marched through the capital last week demanding answers a month after he was found with a bullet in his head.

Nisman had asked judges to authorize a formal criminal investigation of the president, Foreign Minister Hector Timerman and other figures on allegations that they agreed to grant impunity for eight Iranians accused in the attack on the Argentine Israelite Mutual Association in which 85 people died. In return, he said, Iran would increase trade with Argentina.

The prosecutor who took over the case after Nisman’s death, Gerardo Pollicita, renewed his request.

Rafecas also rejected Nisman’s theory that the deal was linked to an agreement for the two countries to jointly investigate the bombing. He noted that the 2013 agreement, scuttled by Congress, never took effect.