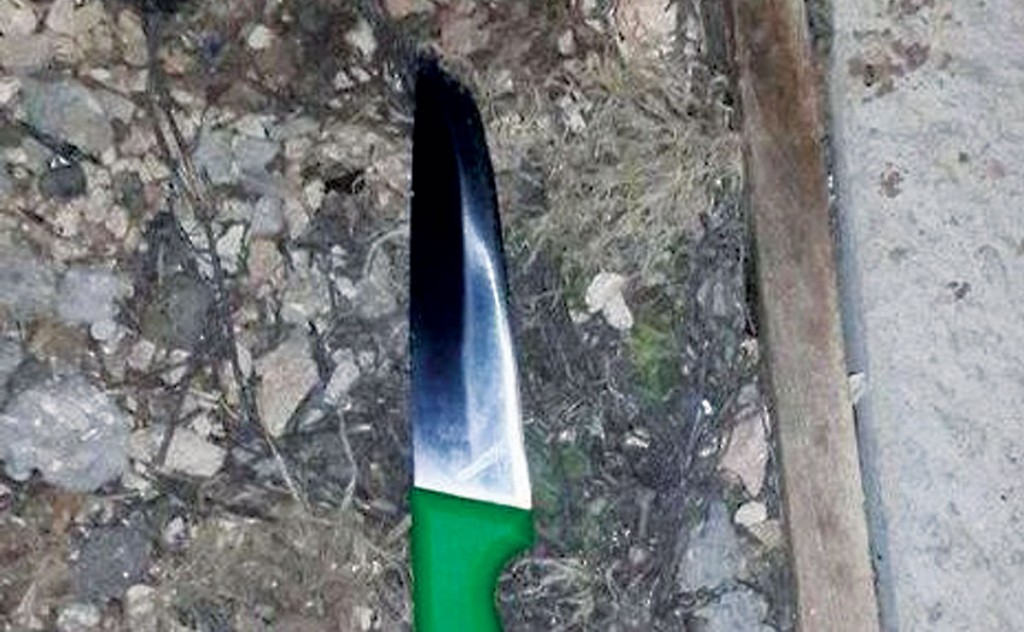 A Palestinian terrorist attempted on Thursday night to stab an Israeli soldier waiting for a ride at the Gush Etzion Junction, but other soldiers at the spot, along with security personnel stationed nearby, intervened, and b’chasdei Shamayim, no one was hurt.

One of the soldiers at the junction had spotted the Palestinian making preparations for an attack. He alerted the other soldiers, pointed his rifle at the terrorist, and told him to throw down the knife, which he did.

The terrorist was arrested and turned over to the security services for questioning. From the subsequent interrogation it was learned that the attacker, 15, had armed himself with a knife for the express purpose of stabbing an IDF soldier.

The incident occurred a short distance from where three Israeli teenagers were kidnapped and later murdered last June.