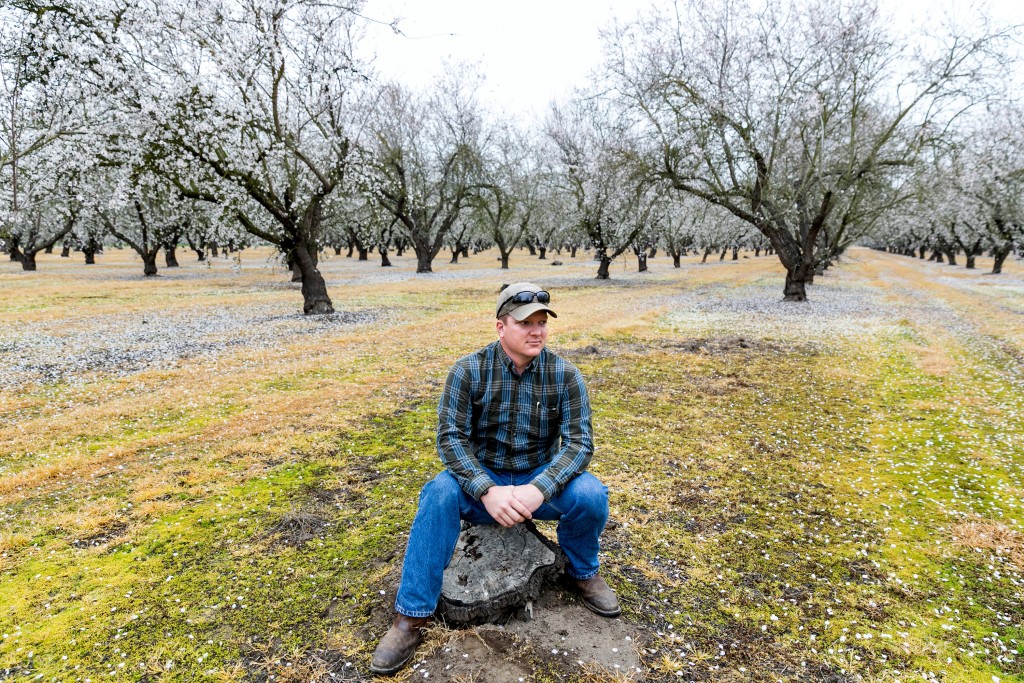 An end to labor strife at West Coast ports should speed up cargo operations, but it may be too late to help California’s drought-weary nut and citrus farmers.

Citrus took the hardest hit. Oranges sat decaying on ships, at docks and on the ground as a nine-month labor dispute snarled ports. Fieldworkers, packinghouse employees and truck drivers had their hours cut.

Now that dockworkers and employers have tentatively agreed on a new five-year contract, port officials predict the backlogged cargo should be cleared in six to 12 weeks — well into the season for Valencia oranges and past season’s end for navels.

Losses could reach as high as 50 percent of citrus exports, or $500 million, according to trade groups.

Some shippers were calling in extra workers to pick fruit between Monday’s rain and a predicted weekend storm. Other packinghouses sat idle.

“It’s too early to say when the docks will be up and running,” said Bob Blakely, vice president of California Citrus Mutual. “It’s been really tough. But at least we got some rain.”

The most recent crop of California almonds, the state’s top agricultural export, was harvested shortly before cargo ships started getting delayed in November. The congestion only worsened at the 29 West Coast ports, forcing ships to wait offshore to unload huge containers.

For California’s almond farmers and processors, the severe cargo backlogs have raised fears that foreign buyers could cancel contracts for almonds stuck in storage and buy from other countries.

Losses would factor into next year’s prices, and market-share cuts could affect sales for years to come.

“Next year is scary,” said Jake Wenger, a fourth-generation nut farmer. “And that’s what we said last year.”

Last year’s worry was the drought, which continues amid other looming problems.

“At least we got good prices this year that helps things out,” he said. “But next year, prices are really questionable.”

The high price of almonds, this year about $4 a pound, has transformed the landscape of California’s Central Valley.

Since 1995, Central Valley acreage given to growing almonds, pistachios and walnuts has roughly tripled.

Investment-fund managers have gotten in the almond-growing game, buying swaths of land and planting nut trees. Longtime farmers usually plant 70 trees to the acre, knowing the trees will need room as they grow; the newcomers plant 120 trees an acre.

California’s water has grown more expensive because of the drought, pushing farmers of other crops to turn to high-value almonds to feed global appetites.

In China, where the demand for almonds has doubled in five years, ads proclaim the nut a snack that makes people “perpetually feel good.”

The 2014 almond crop was projected to contribute about $11 billion to the California economy and almost 104,000 jobs, 75 percent of them outside the almond industry, according to a study by the University of California Agricultural Issues Center.

California almond exports grew 29 percent in 2013 to $3.2 billion, according to the latest data available from the U.S. Census Bureau. Such torrid growth makes the unexpected roadblocks at the ports even more galling to growers and processors.

“The world wants what we’re producing,” grower Paul Wenger said. “But if we lose too much market, I don’t know what we’ll be farming in the future.”

In his orchards, the trees were cotton-puffs of white, and petals covered the ground between rows as this year’s crop blooms.

“When a wind kicks up it looks like it’s snowing. The petals smell like honey,” said Wenger, president of the California Farm Bureau Federation.

To the east, the snowpack that feeds the rivers and canals of the Central Valley was at record lows. To the west, somewhere over the ocean, a high-pressure weather ridge was blocking many storms.

At the nearby Blue Diamond plant, barns held thousands of pounds of nuts in cold storage that should have already shipped. The race was on to see whether growers from Australia or Chile would reach California nut buyers first. Nuts meant for export also could flood the domestic market, another threat to prices.

“I always tell people farming is like a duck. The duck glides along the water and nothing much seems to be happening,” Wenger said. “But below the surface those feet are kicking furiously. It takes a lot to keep a duck swimming.”