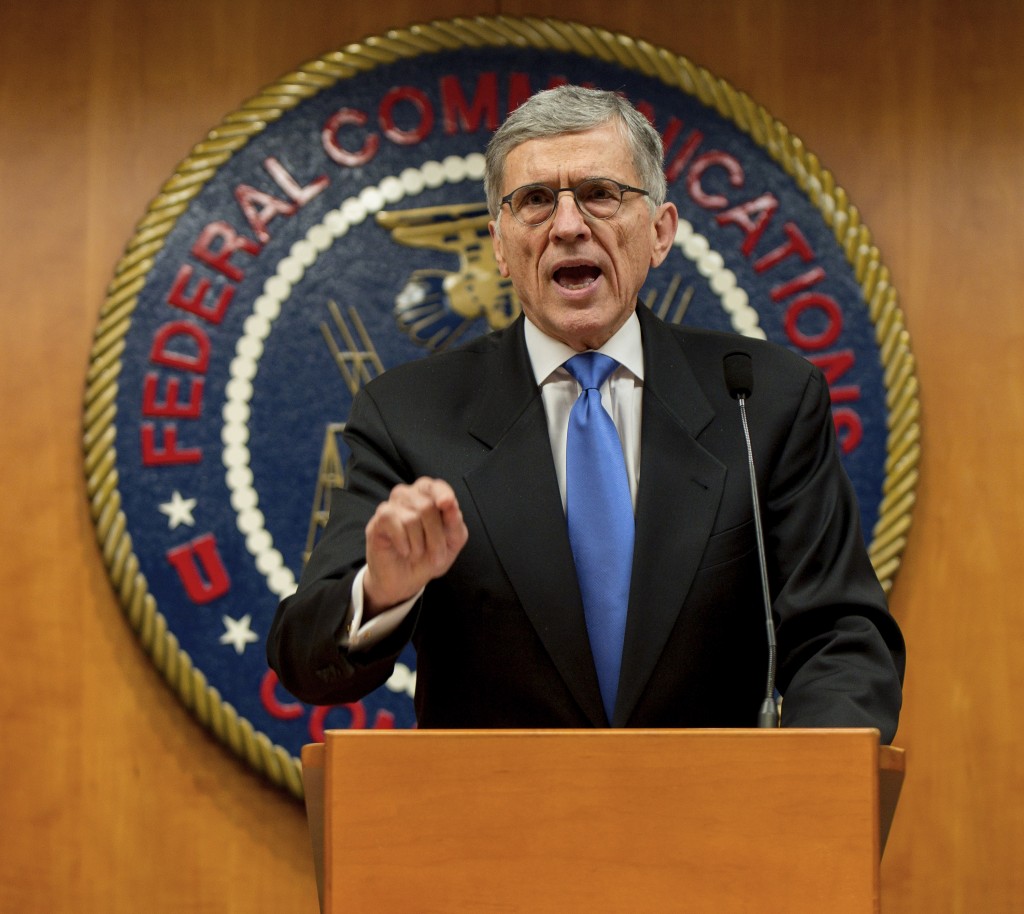 In a landmark decision for the future of the internet, the Federal Communications Commission on Thursday approved tough net-neutrality regulations to oversee online traffic.

The new rules prohibit internet-service providers from discriminating against legal content flowing through their wired or wireless networks, such as by charging websites for faster delivery of video and other data to consumers.

Wheeler has promised a modernized, light-touch regulatory approach that would exempt internet service from many of the tougher provisions of that designation under Title 2 of the telecommunications law, particularly rate regulation.

FCC member Jessica Rosenworcel, who voted for the regulations, said: “We cannot have a two-tiered internet with fast lanes that speed the traffic of the privileged and leave the rest of us lagging behind.”

Ajit Pai, one of two Republicans on the FCC, said the new regulatory proposal abandoned 20 years of bipartisan consensus “to let the internet grow free from utility-style regulation.”

“It seizes unilateral authority to regulate internet conduct, to direct where internet-service providers make their investments and to determine what service plans will be available to the American public,” he said.

The FCC’s vote culminates a decade of efforts by internet companies such as Amazon.com Inc. and Google Inc., public interest groups, digital-rights advocates and key Democrats, including President Barack Obama, to enact the toughest possible rules in an attempt to protect consumers.

Chad Dickerson, chief executive of Etsy, an online marketplace for handmade and vintage goods, said his company would never have grown from a startup had it not been for an open internet. Many of the people who sell items on Etsy urged the FCC to enact tough regulations.

“Without strong rules to prevent discrimination online, the innovation economy would suffer,” he told the commissioners at the meeting. “Thank you for voting to protect the internet as an engine of opportunity the likes of which we have never seen.”

However, Republicans, free-market advocates and telecommunications companies, including AT&T Inc. and Verizon Communications Inc., have called the rules a solution in search of a problem that risks damaging the internet economy.

They said that the internet has thrived outside of strict government oversight, and they warned that burdensome regulations could hinder online innovation and investment in expanded broadband networks.

“While I see no need for net-neutrality rules, I am far more troubled by the dangerous course that the commission is now charting on Title 2 and the consequences it will have for broadband investment, edge providers and consumers,” said FCC member Michael O’Rielly, who voted against the measure.

“Put simply, President Obama’s plan to regulate the internet is not the solution to a problem. His plan is the problem,” said Pai, who accused Obama of improperly influencing the actions of the independent FCC.

Jim Cicconi, AT&T’s senior executive vice president for external and legislative affairs, criticized the vote. He warned of legal challenges but stopped short of saying the company would sue.

“What doesn’t make sense, and has never made sense, is to take a regulatory framework developed for Ma Bell in the 1930s and make her great-grandchildren, with technologies and options undreamed of 80 years ago, live under it,” he said.

Telecom firms said they support the principle of net neutrality but not the FCC’s approach, and they have promised to sue to overturn the regulations.

The FCC said it chose to take the controversial step of reclassifying broadband providers for utility-like regulation—reversing a 2002 agency decision—because the move stood the best chance of withstanding a legal challenge to the net-neutrality rules themselves.