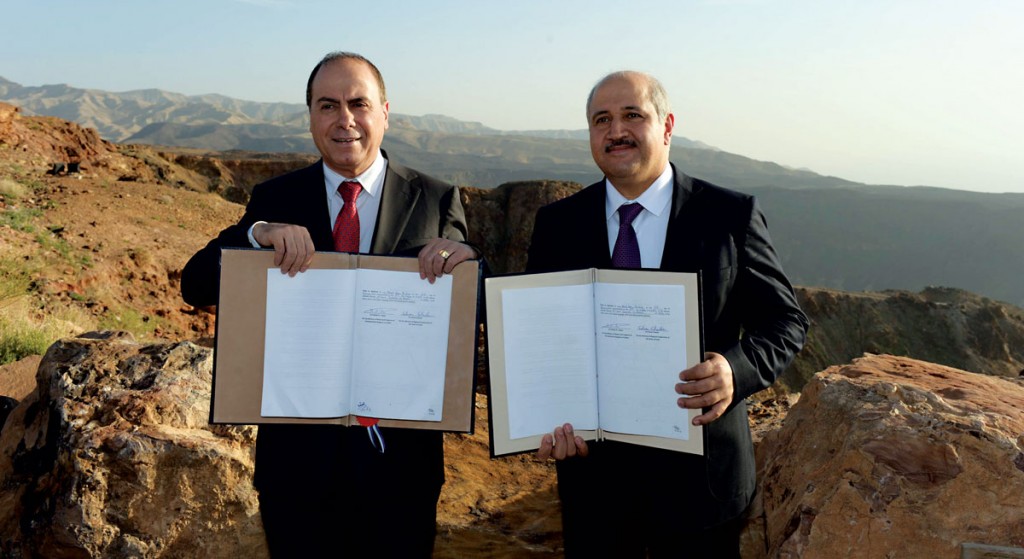 Israeli and Jordanian officials signed a historic water-sharing agreement on Thursday which includes the building of a desalination plant in Aqaba and the transfer of Kinneret water to Jordan.

The two countries have committed to share the potable water produced by the planned desalination facility, from which salty brines will be pumped to the Dead Sea. In return for its portion of the desalinated water in the South, Israel will be doubling its sales of Lake Kinneret water to Jordan.

Israel’s National Infrastructure, Energy and Water Minister Silvan Shalom formally concluded the agreement on Thursday afternoon with Jordanian Water and Irrigation Minister Hazim El-Naser, on the latter’s side of the Israel-Jordan border.

The desalination plant is to be a 65- to 80-million cubic meter facility, from which Israel will be able to buy some 35 m.cu.m. of water to convey to its desert south, explained Maya Eldar, an advisor to Shalom on the project. Jordan would be able to purchase an additional 50 m.cu.m. of water from Lake Kinneret annually, about twice its current allocation.

The project has been years in the making, and it is hoped that it will help to anchor a bilateral relationship which was badly shaken during the war with Hamas last summer, when Jordanian public opinion was inflamed against Israel.

“This is a real agreement that is going to make sure the cooperation and relationship between Israel and Jordan is going to last,” said Eldar.