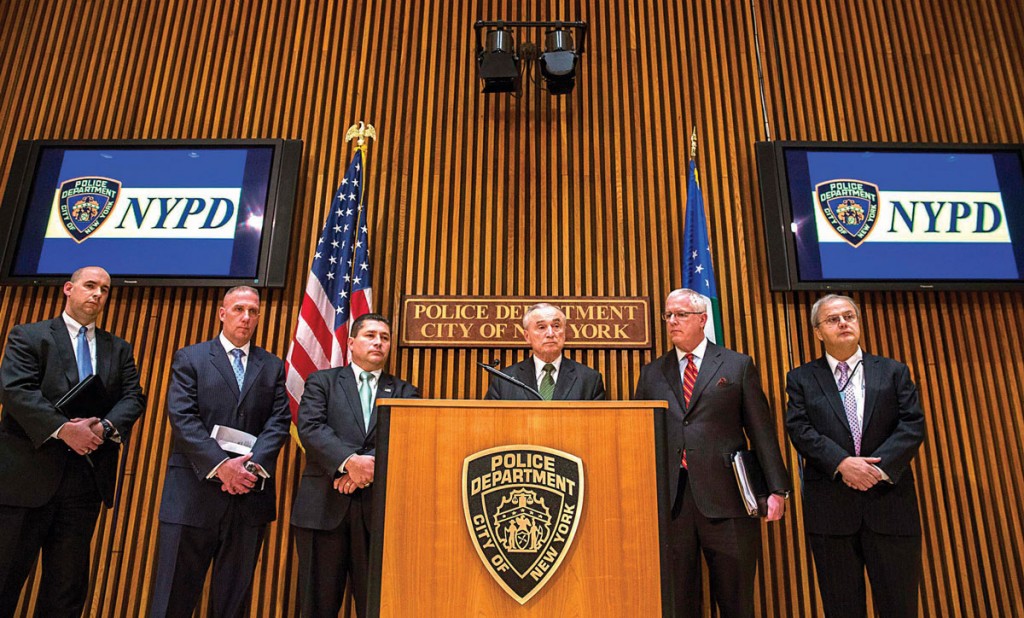 Three men were arrested Wednesday on charges of plotting to travel to Syria to join the Islamic State group and wage war against the U.S., and federal officials said one of them spoke of shooting President Barack Obama or planting a bomb on Coney Island.

They are charged with attempt and conspiracy to provide material support to a terrorist organization. If convicted, each faces a maximum of 15 years in prison.

“This is real,” said William Bratton, commissioner of the New York Police Department. “This is the concern about the lone wolf, inspired to act without ever going to the Mideast.”

The Justice Department has charged roughly 20 people in the past year with planning to travel to the Middle East to fight alongside terrorists like the Islamic State group. Federal officials have been concerned about Americans going overseas to train with these groups and returning with plots to carry out attacks at home.

Federal prosecutors say Juraboev, 24, first came to the attention of law enforcement in August, when he posted on an Uzbek-language website that propagates the Islamic State ideology.

“Greetings! We too want to pledge our allegiance and commit ourselves while not present there,” he wrote, according to federal authorities. “Is it possible to commit ourselves as dedicated martyrs anyway while here?”

“What I’m saying is, to shoot Obama and then get shot ourselves, will it do? That will strike fear in the hearts of infidels.”

Officials said they believed he planned to travel from Turkey to Syria to join the terror group. Prosecutors say Saidakhmetov, 19, also threatened an attack in the U.S. if he was unable to join the Islamic State. Juraboev’s plans included attacks against Obama or planting a bomb in Coney Island, officials said.

Federal officials say Juraboev identified Saidakhmetov as a friend with a shared ideology. The two exchanged messages on how to get overseas, and Saidakhmetov and an informant watched videos of Islamic State training camps in Syria, according to court papers.

Saidakhmetov told the informant in September that he wanted to travel to Syria for jihad, or holy war, but that his concerned mother confiscated his passport so he couldn’t travel, the complaint said. He said he would lie and tell her he planned to go to Uzbekistan to visit relatives. When he called to ask for his passport back, she hung up the phone.

Federal officials say they visited Juraboev and Saidakhmetov, and both pledged support to the terror group. Officials monitored them as the investigation progressed.

“The flow of foreign fighters to Syria represents an evolving threat to our country and to our allies,” said state U.S. Attorney Loretta Lynch, who is Obama’s choice to be U.S. attorney general.

Habibov operates kiosks that repair phones and sell kitchenware in malls in Jacksonville, Florida; Savannah, Georgia; and Philadelphia. He employed Saidakhmetov last fall and winter and said he would help fund his travel, prosecutors said. The two were spotted in Brooklyn purchasing a ticket for Saidakhmetov to travel to Turkey, officials said.

Habibov appeared in federal court in Jacksonville on Wednesday and was appointed a public defender. The other two men were in custody, and it was not clear if they had attorneys who could comment on the charges. They were scheduled to appear in federal court in Brooklyn later Wednesday.

Saidakhmetov is a Brooklyn resident and citizen of Kazakhstan. Juraboev and Habibov are residents of Brooklyn and citizens of Uzbekistan.

The FBI for the last year has expressed worries about the flow of Western fighters to Syria.

Among the Americans charged in recent cases are Shannon Conley, a Colorado woman who pleaded guilty to trying to help the Islamic State group and who authorities say was intent on waging jihad in Syria, and Hamza Ahmed, a Minneapolis man who was stopped on his way to Syria and charged this month with lying to the FBI.

Commissioner Bratton said Wednesday that this was the first public case in New York, but he hinted at other ongoing investigations here.