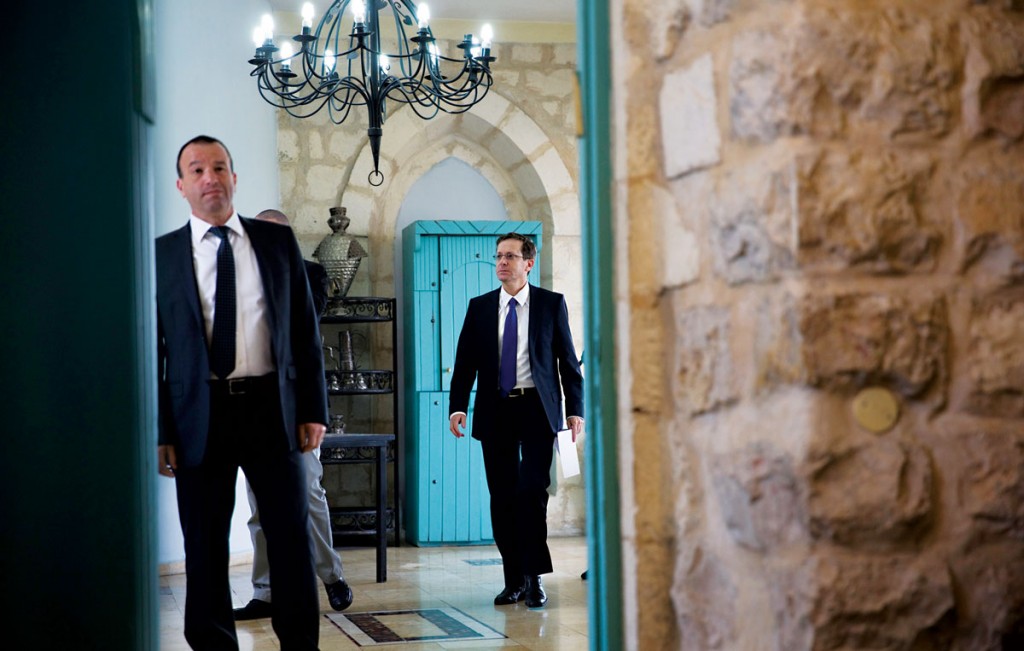 Battling Binyamin Netanyahu’s accusations that he is soft on national security, the Israeli prime minister’s main election rival said that he would boost efforts to focus voters on his own military and strategic credentials.

Netanyahu’s campaign ads have accused Herzog and Livni of “folding under pressure” when it comes to Israel’s vital security interests.

But Herzog’s mild demeanor is widely seen as an impediment in persuading right-wingers — who may have soured on Netanyahu, an ex-commando, over issues such as the high cost of food and housing — to shift their support to him.

“We will expose my story,” Herzog, citing his service as a major in Intelligence Unit 8200, told foreign reporters at a Tuesday briefing in Yerushalayim when asked how he sought to secure victory in the March 17 ballot.