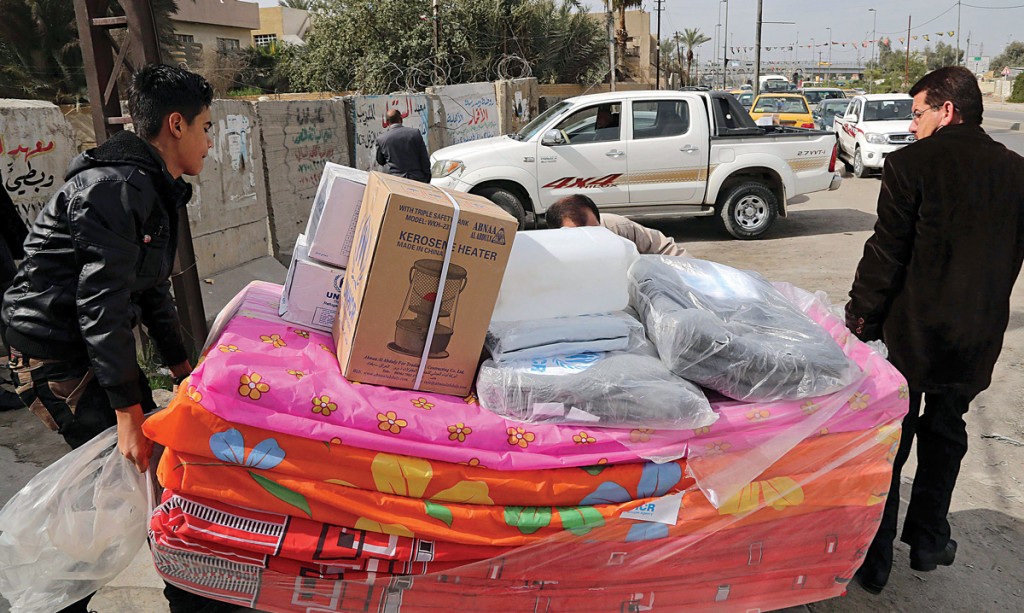 The Islamic State terrorists struck before dawn, staging house-to-house raids in a cluster of villages nestled along the Khabur River in northeastern Syria. They abducted at least 70 Christians — many of them women and children — while thousands of others fled to safer areas.

The captives’ fate was unclear Tuesday, a day after they were seized, and relatives said mobile phone service was cut off and land lines also were not going through, adding to the fear and uncertainty about their loved ones. Heavy fighting was reported in the area.

The Islamic State group has a history of killing captives, including foreign journalists, Syrian soldiers and Kurdish militiamen. Most recently, terrorists in Libya affiliated with the group released a video showing the killing of 21 Egyptian Christians.

The group’s bloody campaign in Syria and Iraq, where it seeks to form a self-styled caliphate, has repeatedly targeted religious minorities since it took control of a third of both countries.

The terrorists struck near the town of Tal Tamr in Hassakeh province, an area predominated by Assyrian Christians. Most of the captives came from Tal Shamiram and some from Tal Hurmiz.

The Hassakeh province is strategically important because it borders Turkey and areas controlled by IS in Iraq.

“Have they been slaughtered? Are they still alive? We’re searching for any news,” said an Assyrian Christian woman from Tal Shamiram who now lives in Beirut. The woman said she has been trying to find out what has become of her parents, her brother and his wife and their children, but couldn’t reach anyone in the village.

“I feel so helpless, I cannot do anything for them but pray,” she said, speaking on condition of anonymity for fear of endangering relatives believed to be held by the terrorists.

Meanwhile, heavy clashes between Kurdish fighters and IS militants raged near Tal Tamr.

The Assyrian woman in Beirut said that before Monday, clashes would occasionally break out near Tal Shamiram, but that IS forces were mostly on Mount Abdulaziz, some 25 kilometers to the south.

The U.S. Central Command said the coalition carried out 10 airstrikes near Hassakeh on Monday, striking at nine IS tactical units and destroying two of their vehicles.