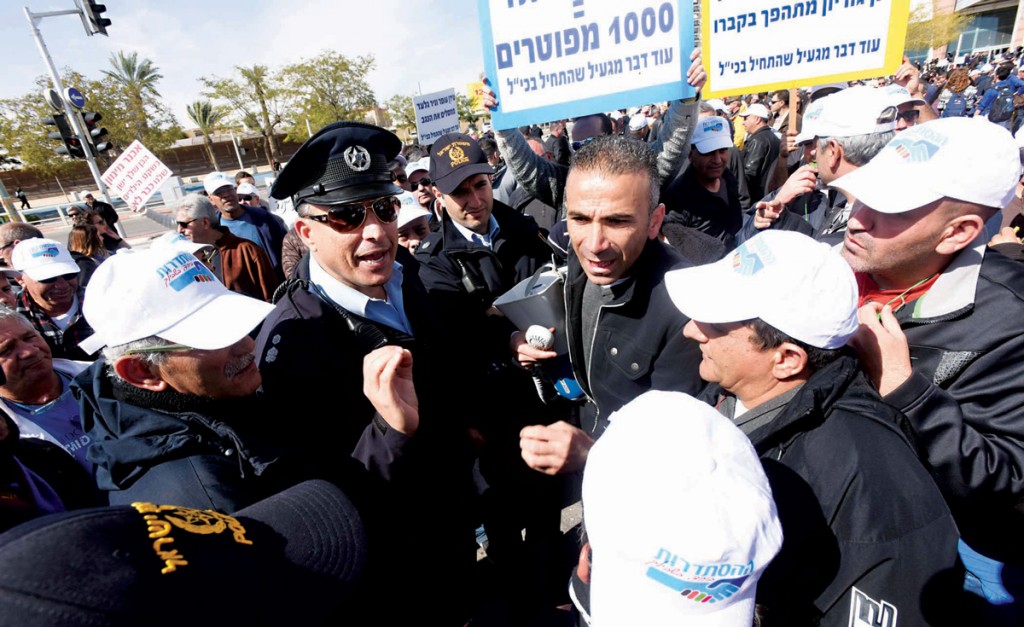 The Histadrut issued an ultimatum on Wednesday saying that if the issue of layoffs at Israel Chemicals is not resolved by Thursday it would seek court clearance for a general strike across the south.

The workers are fighting against hundreds of layoffs threatened at the company’s Dead Sea Works and Bromine Compound subsidiaries.

Histadrut chairman Avi Nissenkorn declared, “If a solution is not found for the crisis in the south by Thursday, a general work dispute will be declared in the entire southern region.” Declaring a work dispute is the legal step preparatory to a strike within two weeks.

“Southern Israel must be saved from a wave of layoffs threatening Negev residents,” Nissenkorn said. “We’ll escalate the struggle, and I’ll declare a general work dispute throughout the region. The country’s natural resources are involved. I call on the Prime Minister to prevent the layoffs, to intervene in the crisis, and to find a solution for the residents of the south.”

Israel Chemicals workers held a demonstration on Wednesday in Beersheva, the latest in a series which began in Dimona and Arad.

The labor-management battle turned ugly this week, as a company messenger attempting to deliver a summons to pre-layoff hearings to the home of a Dead Sea Works employee was assaulted and required hospitalization.

Israel Chemicals filed a complaint against workers accused of the attack, whom the Dimona police arrested.

The company claimed that the letters were pasted on doors because the workers committee had instructed the workers not to open their doors, and not to talk with company representatives.

Israel Chemicals general manager Avner Maimon said, “We expect Histadrut chairman Avi Nissenkorn and the leaders of the workers committee to denounce and condemn the action, and to personally make sure that such brutal and criminal acts do not recur.”