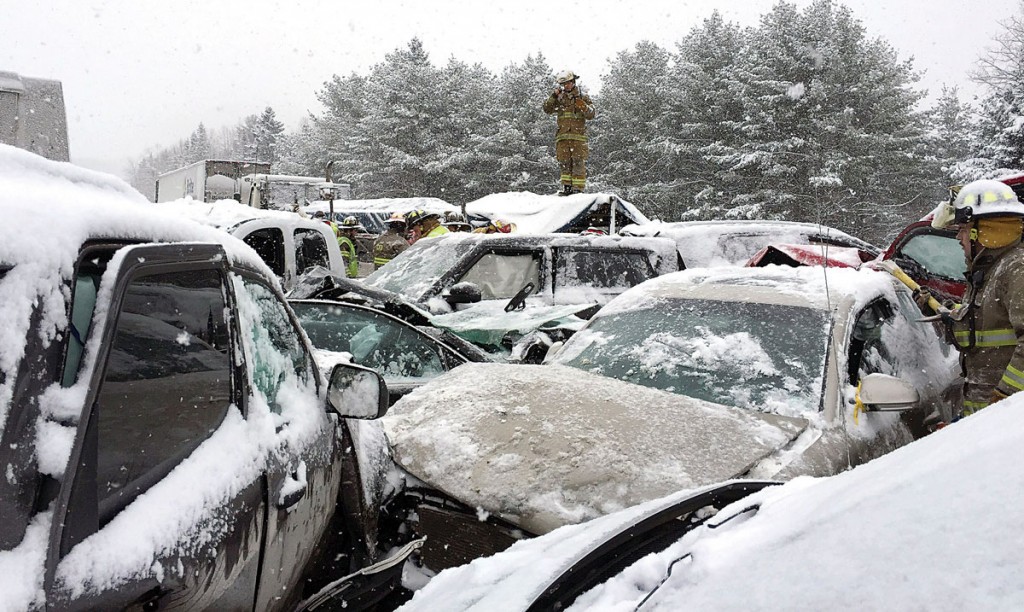 More than 70 vehicles got tangled up in a series of chain-reaction pileups Wednesday along a snowy stretch of Interstate 95 in Maine, injuring at least 17 people, state police said.

The pileups in Etna, near Bangor, happened at about 7:30 a.m. and involved several cars, a school bus and a tractor-trailer, state police spokesman Steve McCausland said. No fatalities were immediately reported, but McCausland said some of the injuries were serious.

Emergency personnel climbed on top of cars to reach motorists stuck in the middle of the jumble of vehicles. McCausland said one veteran trooper described the site as a “giant pile of metal.”

State police said the crash was the biggest in Maine in more than 15 years.

There was at least an inch of snow on the ground at the time of the crash, according to the National Weather Service. Snow was forecast to fall throughout the day with total accumulations of 5 to 9 inches.