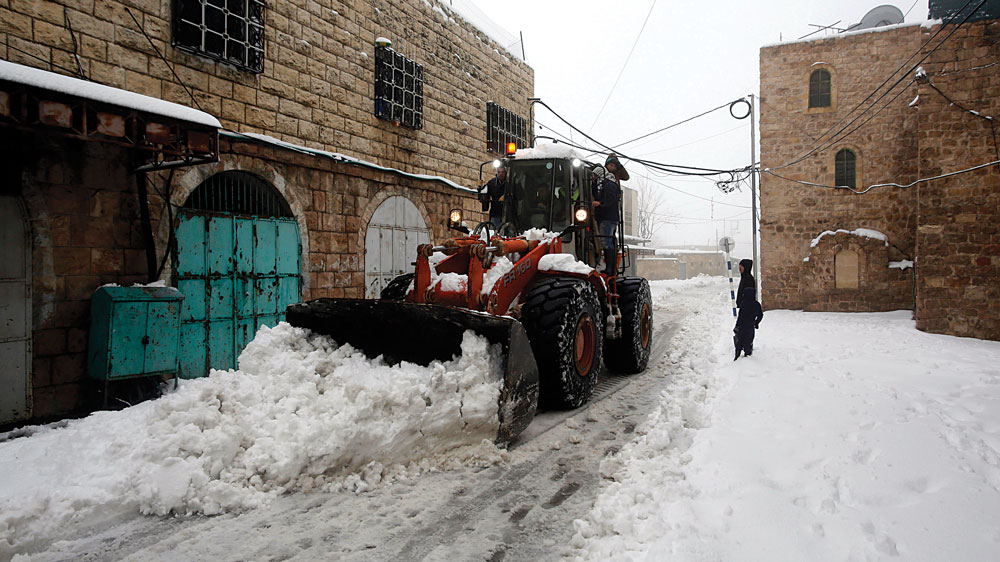 Rabbi Stern expressed his “extreme disappointment” with the municipality.

“Along with the selfless and helpful acts by municipal employees on the snow days — who ensured that nearly all the streets of Yerushalayim were passable — I was told that a number of snowplows moved snow on Shabbos,” he wrote.

“I would appreciate an in-depth investigation into this matter. I would also appreciate your putting me in touch with the individuals responsible for this so that I can direct them on the proper way to deal with such a situation in the future,” he wrote.

Forecasts of heavy snow were proved accurate, as over seven inches accumulated.

Snow that fell Thursday was cleared overnight, and by Friday afternoon nearly all the streets were clear.

Some roads in the south of Israel are still closed because of flooding. Because of the closure of a section of Route 90, Kibbutz Ein Gedi and its hotel have been cut off for 48 hours. Route 40 between Sde Boker and Mitzpe Ramon has also been closed.

B’chasdei Shamayim, no injuries were reported as a result of the storm.

However, there was damage to property and power outages.

Some neighborhoods in Ramot lost power during the storm. The Electric Corporation said that it took about four hours to restore power. In Bayit Vegan, a temporary generator was activated until regular lines could be repaired.

In Bais Yisrael, the roof of a communal kitchen belonging to Pinsk-Karlin collapsed under the weight of the snow. No one was hurt.