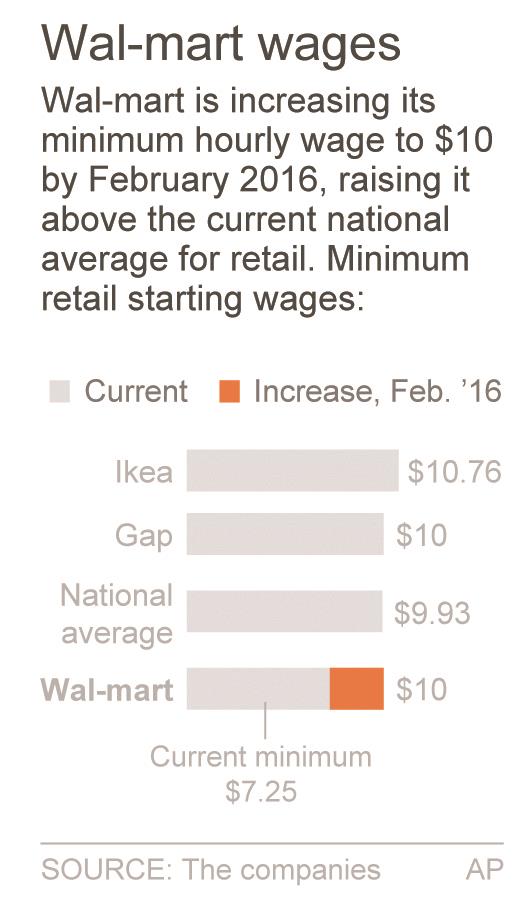 For roughly 500,000 Wal-Mart workers set to receive pay raises, something is better than nothing.

But it’s still not much. It still won’t be enough for many of them to afford housing and transportation and feed and raise children without government aid, according to economists and researchers.

The nation’s largest private employer — with 1.3 million jobs — unveiled a salary bump for many of its lowest-paid workers on Thursday, promising a 1.1 percent increase in the average full-time wage over the next year, to $13 an hour. Part-time workers would get a 5.2 percent raise, to an average $10 an hour, by February 2016.

Both figures still fall below the $15 an hour “living wage” that many union-backed Wal-Mart employees have been pushing for.

Wal-Mart’s reputation has been pummeled by long-standing complaints that its workers can’t even afford cars to shorten their commutes. Many depend on families, friends and Medicaid, experiences that contradict the career possibilities being advertised by Wal-Mart. The announcement was clearly a recognition that workers in the retail economy are finding fewer ladder rungs to climb. In many cases, people are staying at entry-level jobs for their entire careers.