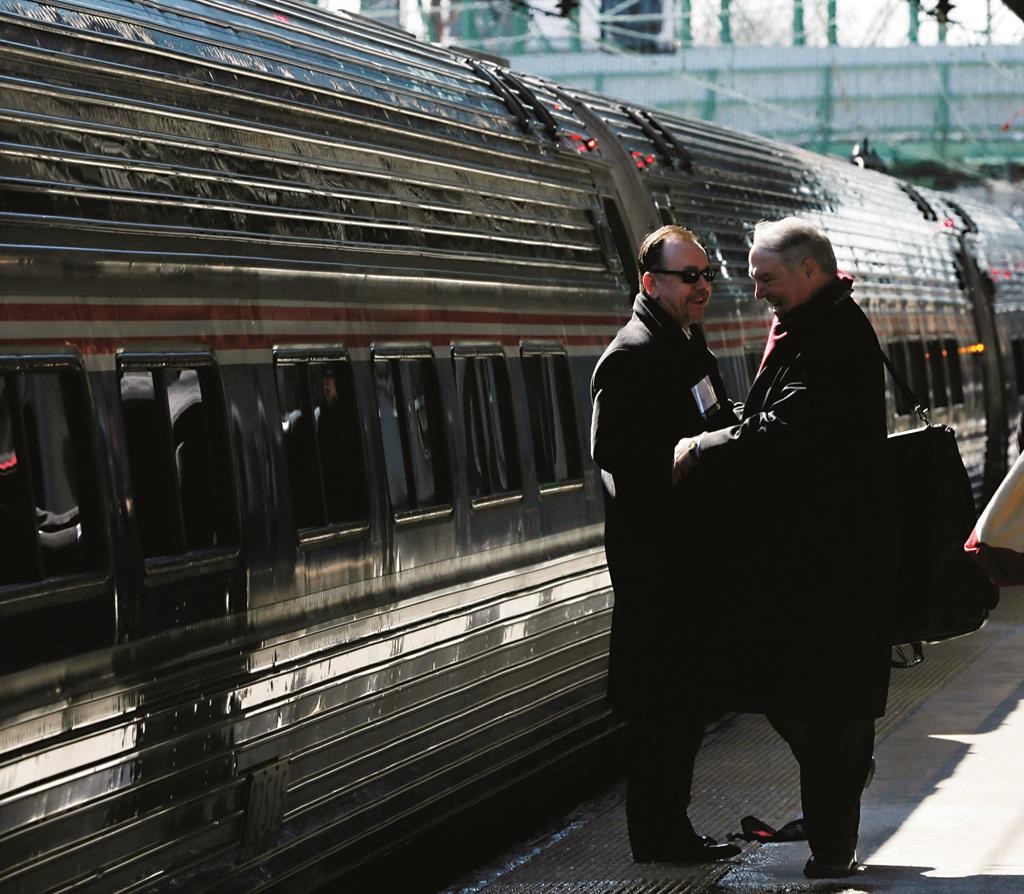 Political honchos and business hotshots from across the state boarded an Amtrak train bound for Washington, D.C. on Thursday, as the Chamber of Commerce commences its annual “Walk to Washington.”

Billed as New Jersey’s “premiere networking event,” Thursday’s “walk” gets its name because many of the nearly 600 attendees spend most of their time walking along train cars, shaking hands and meeting peers. The chamber chartered 13 cars and members pay $600 to attend while non-members dole out $700 for the event.

Hundreds of business owners, lobbyists and legislators, clad in overcoats to protect against the freezing temperatures, boarded train cars through a cordoned off section of Penn Station.

Gov. Chris Christie won’t be stalking the train’s corridors, but he will headline the 78th annual event at the Marriott Wardman Park hotel.

The event has its critics, though.

“The average person can’t get invited, can’t afford it and can’t get that kind of access,” said Jeff Tittel, director of the New Jersey Sierra Club.