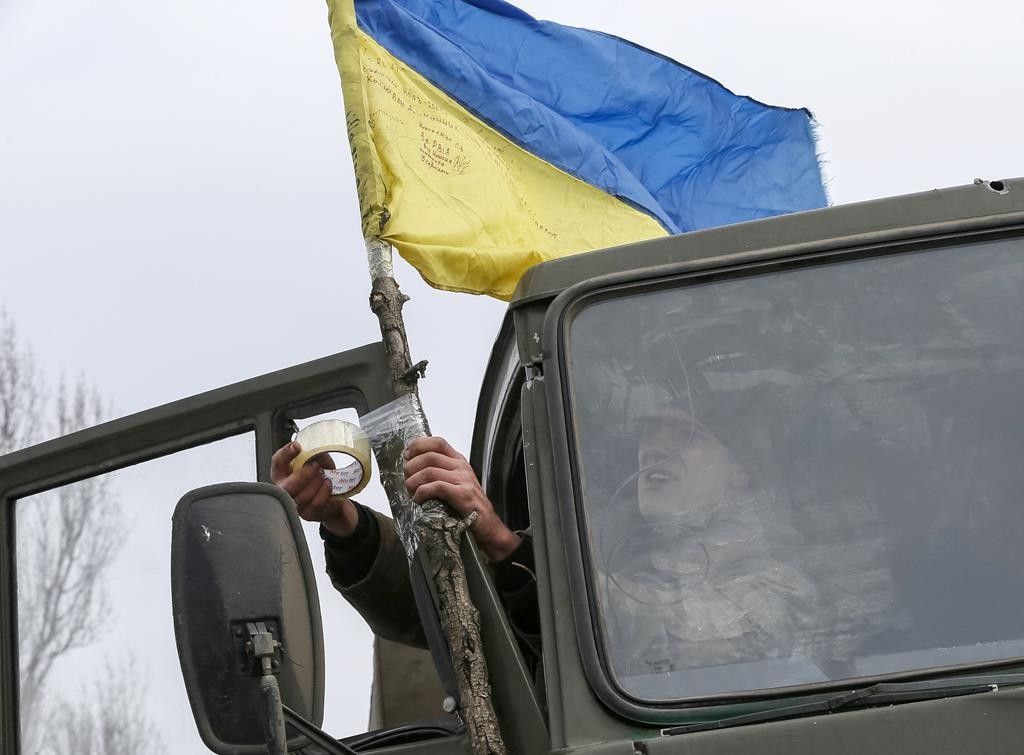 For the rebel fighters who seized control of this strategic town, Thursday was a day of jubilation and bragging of victory. The retreating Ukrainian soldiers were grim, stunned and relieved to have escaped with their lives as the scope of their losses became clearer: at least 13 dead and hundreds missing, captured or wounded.

Rebel fighters roamed the debris-littered streets of Debaltseve, laughing, and posing for photos a day after the fall of the furiously contested railway hub. Associated Press journalists found its neighborhoods destroyed and all under the control of the rebels.

On the road out of town, dozens of Ukrainian military vehicles, many riddled with bullet holes and with their windshields smashed, were heading to the government-held city of Artemivsk.

As rebels waved separatist flags, Nikolai Kozitsyn, a Russian Cossack leader and prominent warlord in the rebel-controlled east, drove around in a Humvee-like vehicle captured from Ukrainian troops.

Cossacks, who spearheaded imperial Russia’s expansion and helped guard its far-flung outposts, trace their historic roots to both Ukraine and southern Russia.

In Paris, French President Francois Hollande said he and German Chancellor Angela Merkel spoke Thursday with the Ukrainian and Russian leaders about ceasefire violations and their consequences. The Kremlin confirmed the four leaders spoke by phone and praised the ceasefire deal, saying it has led to “a reduction in the number of civilian casualties.”

France and Germany, which oversaw marathon peace talks last week between Poroshenko and Russian President Vladimir Putin in the Belarusian capital, Minsk, both signaled they were determined to salvage the cease-fire agreement and keep the two sides talking.