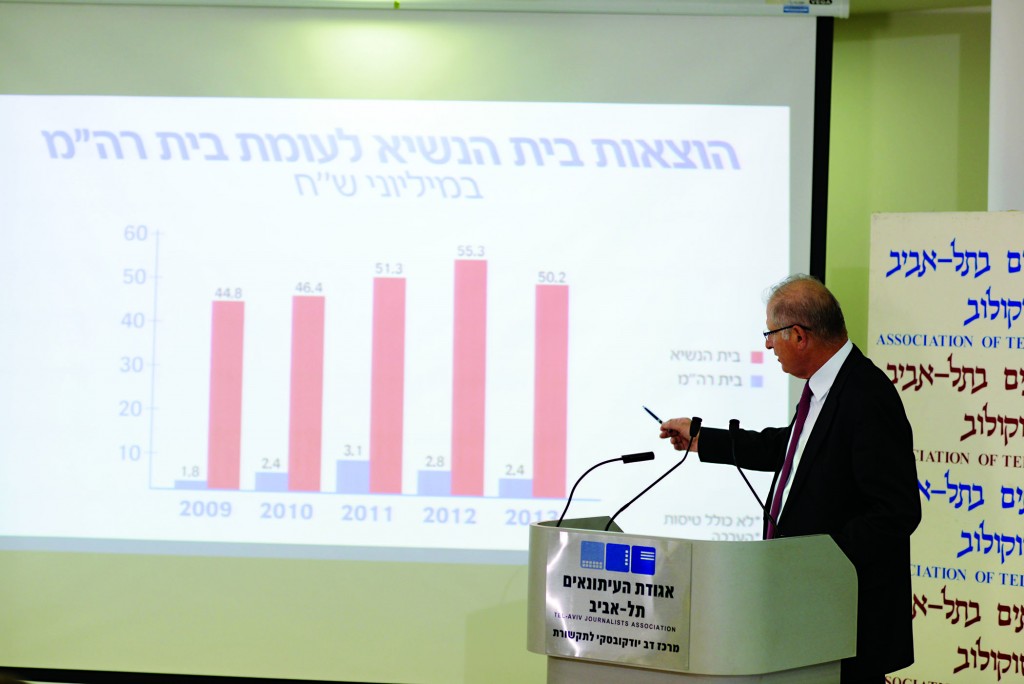 Opposition leader Isaac Herzog pressed the issue of exorbitant spending in the Prime Minister’s Residence on Wednesday, insisting that Netanyahu must go before the public with a full accounting.

On Tuesday, State Comptroller Joseph Shapira released a scathing report on unjustified spending of state funds on a variety of personal indulgences.

Herzog said he was shocked that the prime minister did not feel obligated to respond personally to the allegations about the irresponsible behavior detailed in the report.

Netanyahu has not directly answered the charges. However, on Wednesday, Likud lawyer David Shimron did a lot of explaining for the prime minister, with the aid of bar graphs, at a press conference.

But the invective against Netanyahu continued. Meretz leader Zehava Gal-On said that Netanyahu’s “wanton behavior in the Prime Minister’s Residence is, more than anything else, a precise reflection of the total disconnect of this government from citizens of the state and the adoption of a banana republic’s corrupt norms.”

The first public opinion survey taken since the comptroller’s report was reported on Army Radio. Conducted by the Shiluv Millward Brown market research group, it found that  41 percent of the respondents said that the chance they would support the Likud in the election had dropped.

Of those who said they were voting for Likud, 22 percent said they were now reconsidering, or were less supportive of the party. Some 49 percent of general voters and 54 percent of the Likud voters said the report would not influence their vote.