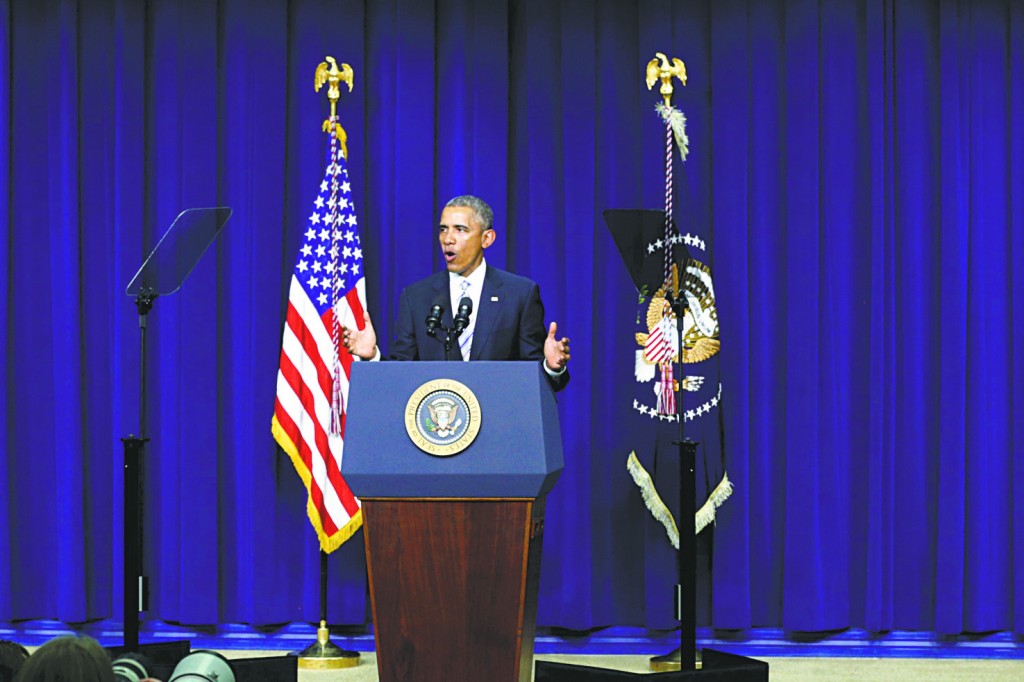 President Barack Obama on Wednesday called on American Muslim communities to do more to counter what he called “violent extremism,” speaking at a three-day White House summit on the issue.

Critics have accused the White House of shying away from tying extremism to the religion of Islam following shootings by Islamic terrorists in Paris and Copenhagen.

“Muslim leaders need to do more to discredit the notion that our nations are determined to suppress Islam,” Obama said, referring to the narrative from Islamic terrorists that Western nations are in a war against Islam.

Obama said young Muslims are particularly susceptible to extremist propaganda, which can lead them to join Islamic State in Syria or carry out attacks domestically.

As many as 150 Americans have attempted to travel to Syria to fight with the terrorists, U.S. intelligence officials said in congressional testimony last week.