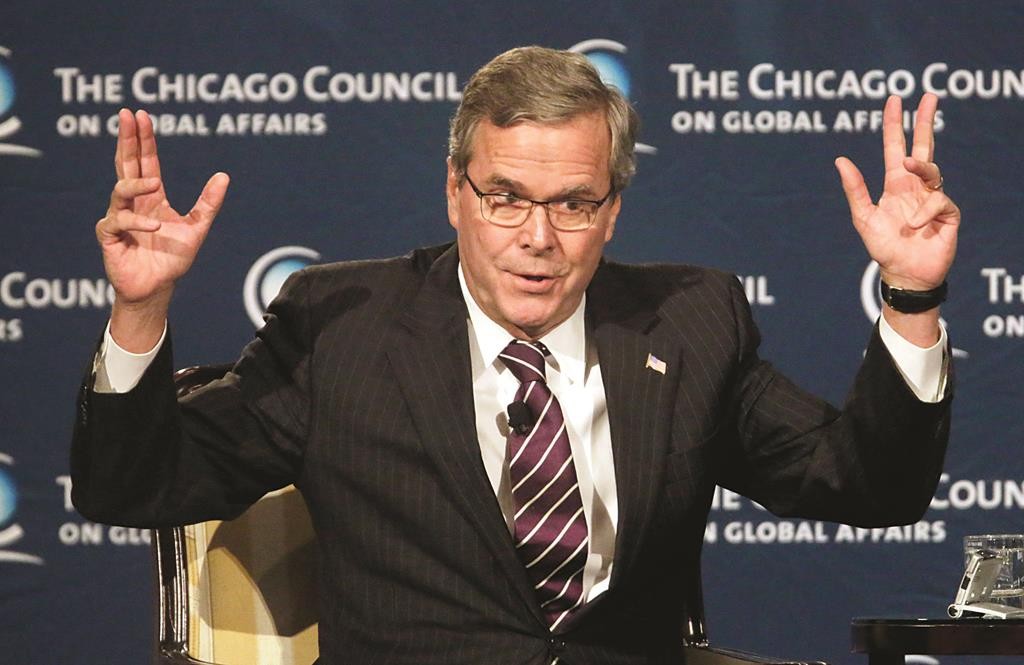 Former Florida Gov. Jeb Bush said Wednesday that “there were mistakes made in Iraq” during his brother’s administration, offering the critique during a wide-ranging speech on foreign policy that comes as part of his run-up to a likely presidential campaign.

Speaking to the Chicago Council on Global Affairs, Bush said during a question-and-answer session after his speech that intelligence about Saddam Hussein’s possession of weapons of mass destruction was not accurate, and the U.S. initially failed to create an environment of security in the country after removing the Iraqi leader from power.

But Bush praised former President George W. Bush’s decision to “surge” troops into Iraq in 2007, which added roughly 20,000 troops to the American forces in the country in an effort to improve security. He called it “one of the most heroic acts of courage politically” of any president.

Bush offered harsh words for Obama’s foreign policy during the speech, calling his administration “inconsistent and indecisive” and one that has led the U.S. to lose “the trust and the confidence of our friends.”

“The great irony of the Obama presidency is this: Someone who came to office promising greater engagement with the world has left America less influential in the world,” Bush said.

Bush acknowledged during the speech that his views about America’s place in the world will often be compared with those of his brother and father, former President George H.W. Bush, adding he is “lucky” to have had family members who have “shaped America’s foreign policy from the Oval Office.”

“But I am my own man — and my views are shaped by my own thinking and own experiences,” he said. “Each president learns from those who came before — their principles, their adjustments.”