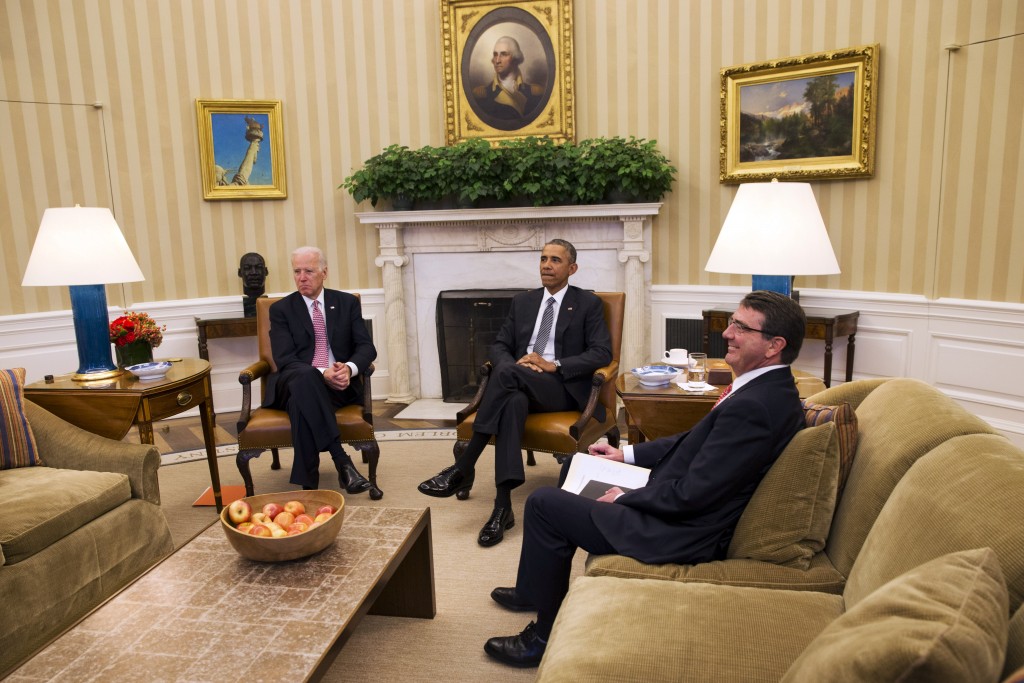 The Obama administration put its new deportation-relief program on hold Tuesday on the eve of its launch, complying reluctantly with a federal judge’s order that roiled immigrant communities nationwide and seemed to harden an already-tense stalemate on Capitol Hill.

The administration promised an appeal. But for tens of thousands of immigrants in line to begin applying Wednesday for work permits and deportation stays under President Barack Obama’s directives, those plans were canceled, at least temporarily.

A terse statement from Homeland Security Secretary Jeh Johnson said he strongly disagreed with the ruling from U.S. District Judge Andrew Hanen of Texas finding the administration had exceeded its authority, but “in the meantime, we recognize we must comply.”

On Capitol Hill, Johnson’s agency stood 10 days away from losing funding, but Hanen’s ruling made a compromise on that dispute look more distant than ever. Republicans are blocking funding for the Homeland Security Department unless Democrats agree to cancel Obama’s immigration orders, and they seized on the ruling as validation for their position.

“Congress must reassert its waning power. We must re-establish the constitutional principle that the people’s representatives control the purse,” said Sen. Jeff Sessions of Alabama, a leading immigration hardliner.

Yet Senate Democrats, who have been blocking a House-passed bill that would fund the department but also undo Obama’s actions, said the ruling from Hanen did nothing to budge them.

“Democrats remain united in our belief that funding for the Department of Homeland Security should not be used as a ransom by Republicans, period,” said Chuck Schumer of New York.

The agency’s $40 billion budget runs out Feb. 27, and with Congress now on recess lawmakers will have only a few days to reach an agreement once they return to Washington next week. One possibility is a short-term extension of current funding levels, but House Speaker John Boehner said over the weekend that the House had done its job and he would “certainly” let a shutdown occur if the Senate didn’t act.

If the political impasse seemed severe, so were the implications for millions of immigrants in the country illegally who have cheered Obama’s executive directives in the face of congressional inaction.

“We feel powerless but not defeated, sure that it will all work out,” 46-year-old Claudia Ramon, a native of Colombia, said at a rally in Houston, one of dozens nationwide where immigrants and their advocates vowed to continue with preparations under Obama’s programs.

Obama’s directives would make more than four million immigrants in the United States illegally eligible for three-year deportation stays and work permits. Mostly those are people who have been in the country for more than five years and have children who are U.S. citizens or legal permanent residents. Applications for the first phase were to begin Wednesday, when as many as 300,000 immigrants brought illegally to the country as children could begin applying for an expansion of Obama’s 2012 program aimed at the younger immigrants known as Dreamers.

Hanen’s ruling late Monday night, in a case brought by 26 states led by Texas, said that Obama and his Homeland Security Department lacked the authority to take the actions they did.

“No statute gives the DHS the discretion it is trying to exercise here,” wrote Hanen, and he issued a stay blocking the actions from taking effect.