National From the Gulf to New England, Cold Grips the U.S.
National 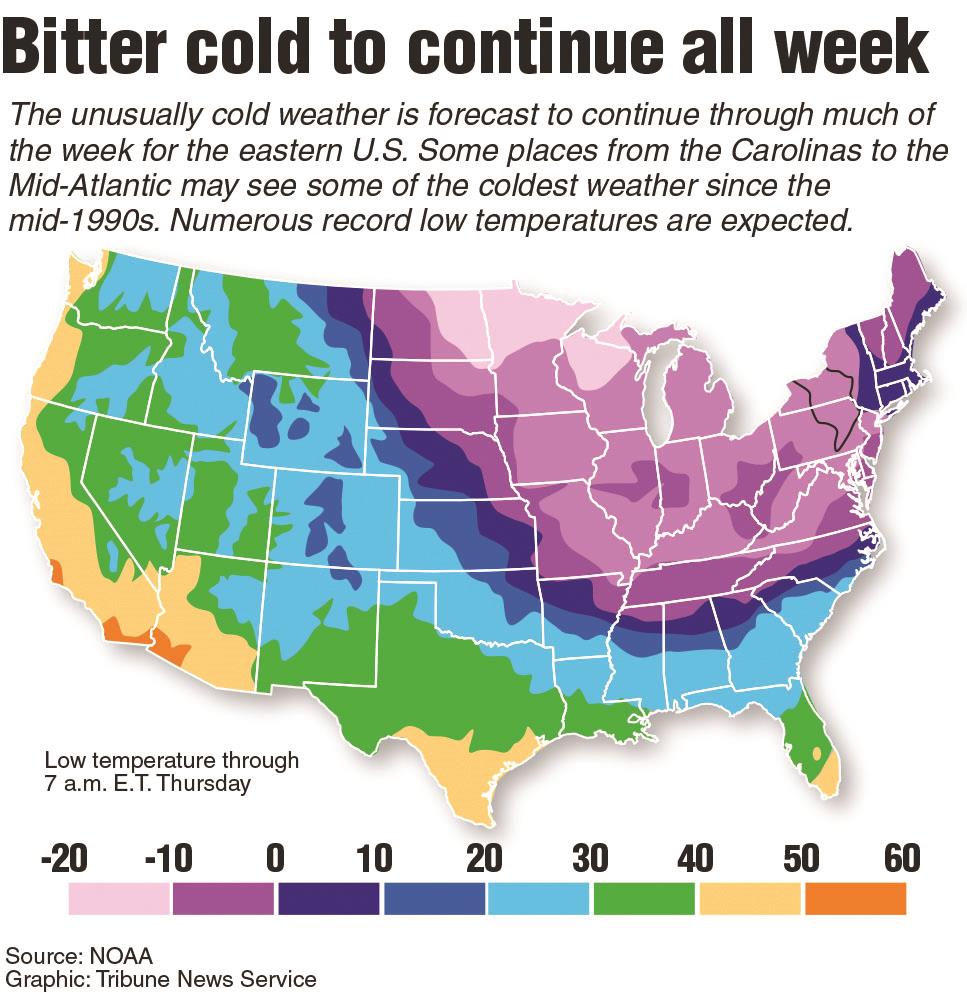 A powerful winter storm dumped snow from Nashville to Nantucket, and arctic-like temperatures gripped much of the U.S. and hundreds of thousands of people lost power in the South.

While some shivered, others bundled up and tried to make the best of a frustrating situation. Here’s a look at how people were handling the land of ice, snow and subzero temperatures.

Massachusetts officials stepped up warnings about the potential for roofs to collapse under the weight of snow that has built up in recent weeks.

Numerous partial roof collapses have been reported in the state but no serious injuries to date.

Two New Hampshire school districts remain closed a day after schools were evacuated over concerns of snow buildup on roofs.

Roads were icy and slushy, making driving difficult in many places and causing at least seven traffic deaths. There were three deaths in Tennessee, including a mother and son in Williamson County who stopped to help people in a sport utility vehicle that overturned in front of them when they were struck by a tractor-trailer. Two people were killed in Virginia as nearly a foot of snow fell in some places. In North Carolina, a woman died in a two-car crash in the northeastern part of the state. Two people were also killed in separate crashes in Maryland.

Trudging along a snowy sidewalk, Robin Winter and her daughter, Melissa, made their way to a Metro station in Washington so Mom could catch her flight home to St. Louis.

Robin Winter, carrying multiple bags, said she’d gotten into town Thursday and had been watching the forecasts as the snow made its way across the country.

“If I would have decided to fly out Sunday night instead, you never know for sure if it’s gonna really happen until it really happens,” she said.

The Winters were optimistic the flight would not be canceled, though they were prepared for a delay. It appeared her flight left on time, but others weren’t so lucky. More than 1,800 flights were canceled at many airports, from Nashville, Tennessee, to the nation’s capital.

More than 2,000 travelers spent the night at Charlotte Douglas International Airport as a winter storm roared through North Carolina dropping snow, sleet and freezing rain on the region.