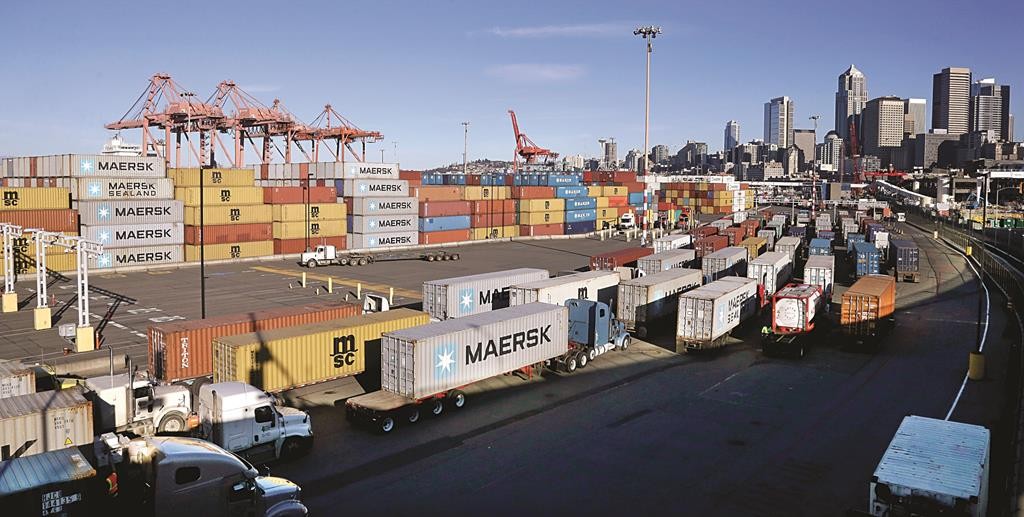 Hundreds of dockworkers squeezed into the International Longshore and Warehouse Union’s hiring hall in Los Angeles before dawn Tuesday, their first full day back to work at the ports of Los Angeles and Long Beach since Friday.

They packed tightly into the hall — where a wall mural displayed the word “Unity” and screens showed the jobs available — and waited for their numbers to be called for a day’s work. About 2,500 were hired.

“If a fire marshal walked in right now, we’d be in a lot of trouble,” one worker said to the dull roar of chatter.

In other words it was a normal Tuesday morning on the docks.

It came after an abnormally quiet holiday weekend when the Pacific Maritime Association, which represents shipping companies, stopped unloading at 29 West Coast ports amid a months-long labor dispute with the ILWU.

While massive container ships waited off the coast and more sat at berth beneath cranes with their cargo stacked high, President Barack Obama dispatched Labor Secretary Thomas Perez to San Francisco to help jump-start the negotiations.

Perez was scheduled to meet with both sides in the hopes of brokering a deal, which at this point appears largely stalled over clauses regarding arbitrators who settle disputes on the dock.

Roughly 20,000 dockworkers have been working without a contract since July, but back-to-back weekend port shutdowns have many companies that rely on goods traveling to and from Asia growing increasingly nervous about disruptions, should the stalemate continue.

In the neighborhoods around the massive port complex, there’s little doubt what side locals are on in this stalemate.