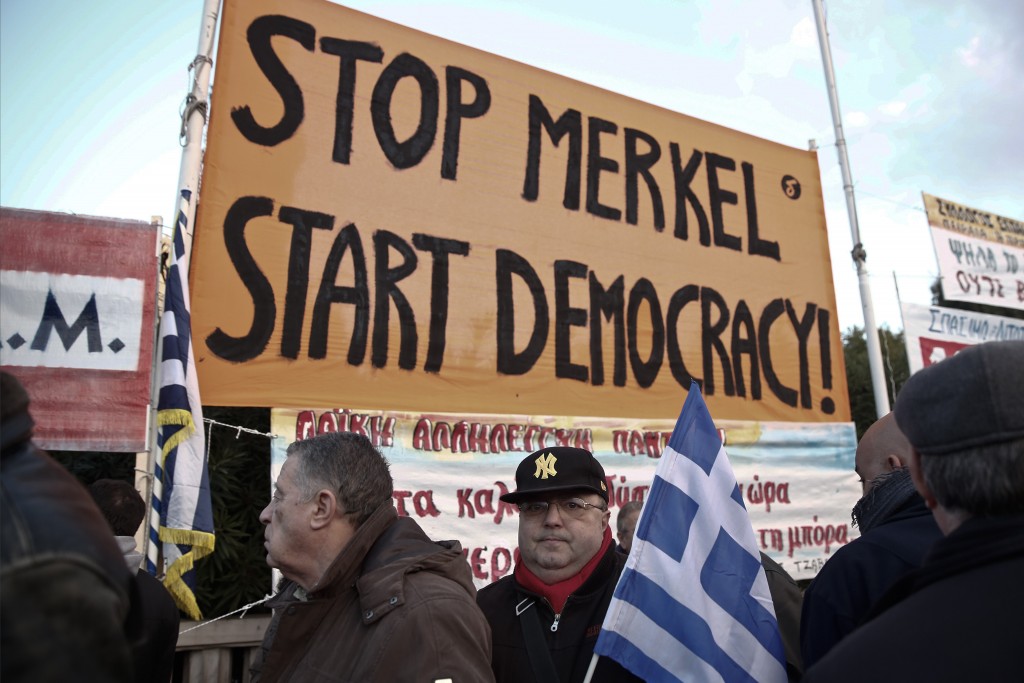 About 20,000 people gathered in central Athens Sunday to support the newly elected government’s push for a better deal on Greece’s debt.

Similar rallies took place in several Greek cities, and about forty other solidarity gatherings were staged across Europe and in Australia, Brazil and the US.

The Greek government has enthusiastically welcomed these rallies while insisting that they are spontaneous affairs organized through social media.

On Monday, a gathering of Eurozone finance ministers will consider Greece’s proposal for short-term “bridge financing” without the onerous terms previously imposed on the country, until a longer-term solution to Greece’s crushing debt is found.