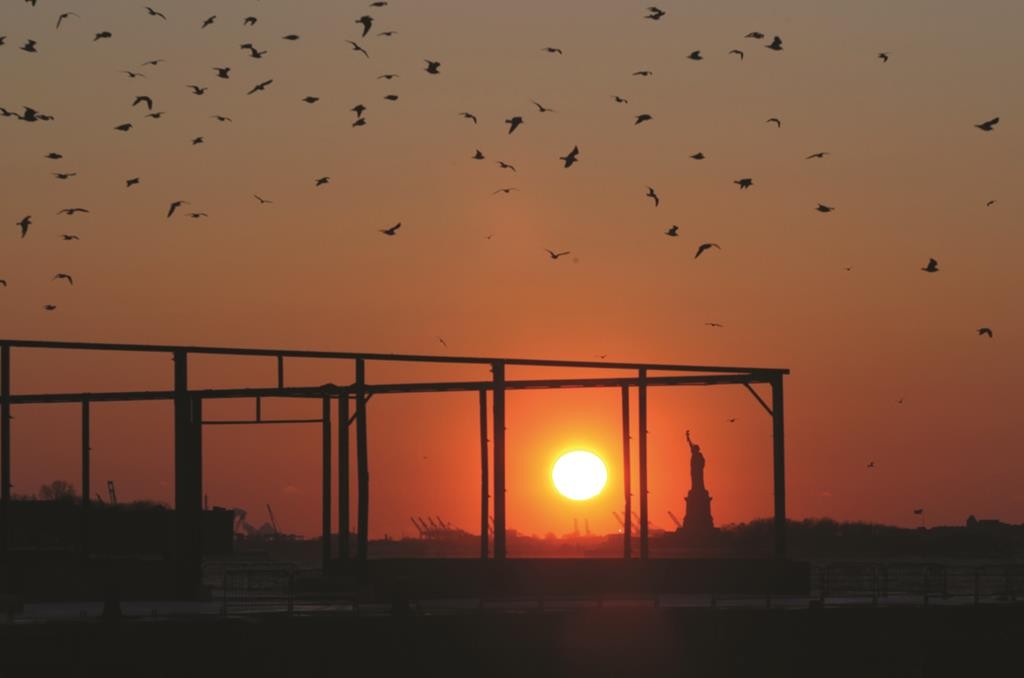 Temperatures in New York City came close to breaking a 127-year-old record low Monday before rising into the double digits as a cold wave blamed on arctic air threatened to persist through the week.

Jeffrey Tongue, a National Weather Service meteorologist, said the temperature in Central Park hit 3 degrees at 7 a.m. Monday, 2 degrees above the 1-degree record set in 1888. By noon, temperatures had risen to 15 degrees, though the wind chill made it feel as though it were still in the single digits. The daylong freeze contrasted with the record high of 71 in 1954.

Under sunny skies, people were making the best of it.

“We just came from Ireland, and we’re frozen,” said Lizzie Lovell, making her first trip to the United States with her friend Rachel Deasy.

Sharon Soltesnmarley, of Hamilton, Canada, called it a “gorgeous day,” though she quickly added: “As long as you’re dressed for it.”

Jevon Squires, 20, who works at Macy’s, was less forgiving. “It’s horrible. I’m ready for it to leave,” he said.

Tongue said freezing temperatures were likely to last through the week, including snow on Tuesday. Single-digit temperatures are likely on Thursday and Friday, with lows near zero at night and highs only reaching the teens, he said.