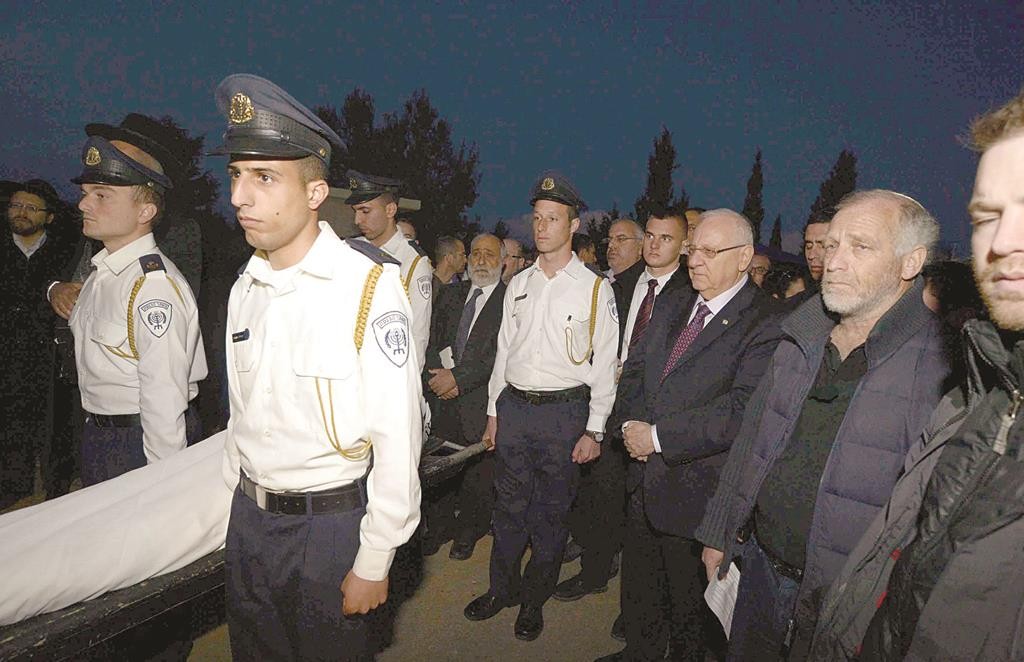 Uri Orbach, an author and journalist who turned to politics and became a prominent figure in the Jewish Home party, passed away on Monday, at the age of 54, from a rare blood disease.

Orbach served as Senior Citizens Minister until he was hospitalized in late January for treatment of the disease which had been diagnosed in his early childhood.

Prime Minister Binyamin Netanyahu sent his condolences to Orbach’s family. “I have never known anyone that met him and didn’t love him. Yesterday, next to his family, I said goodbye to him at the hospital with a sense of profound grief and loss. Uri will be missed by his dear family, his fellow ministers, and the state of Israel.”

“There was not a man as loved as Uri in the cynical and cold world of politics,” Economy Minister Nafatli Bennett said.

President Reuven Rivlin gave a tearful hesped at the levayah:

“Uri, my close friend, dearer than a brother…

“Last Sukkos, we had an open house at the president’s residence… the guards found you among the public. A minister in Israel, you waited like all of them, and in typical modesty, you said you didn’t want to trouble the guards. This is one story that tells of your modesty and humility.”

Uri Orbach was buried in the cemetery at Modiin on Monday afternoon. He is survived by his wife and four children.