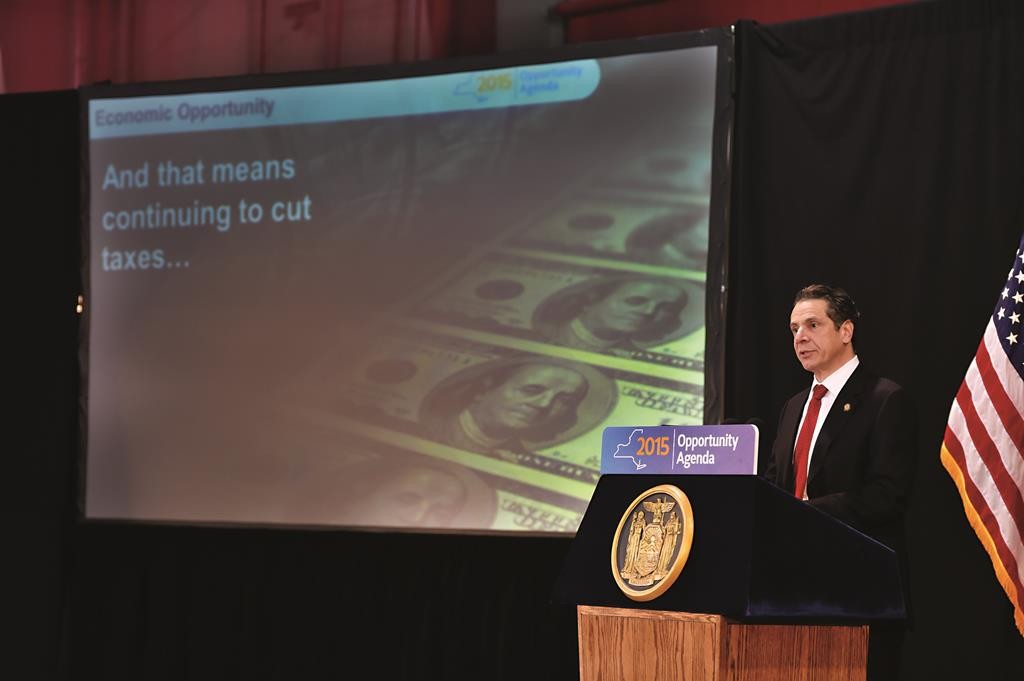 New York lawmakers complain that Gov. Andrew Cuomo is injecting too many big policy decisions into the state budget — a favored tactic by governors who seek to use the spending plan as leverage to advance their legislative agenda.

Any of those issues would prompt extensive debate, and several lawmakers say they deserve separate consideration since they may support one proposal but not another.

“When the governor and the Legislature can’t agree on a stand-alone bill, they’ll put it in the budget because it becomes a take-it-or-leave-it,” said Sen. Toby Ann Stavisky (D-Queens). “It’s very clever but very troubling.”

The tactic is not new. Often referred to as the “big ugly,” the budget-as-grand-compromise has long been a way for governors to compel action on proposals that might not pass otherwise. Earlier this month Cuomo said the budget is the governor’s “maximum leverage” over the Legislature.

“In that exchange the governor can effectively say to the Legislature: ‘Either pass my budget or shut down the government,’” Cuomo said.

The inclusion of so many contentious issues could spell the end of the four-year stretch of on-time budgets.

“Once you break the streak of on-time budgets, it’s going to be tough to get back,” said Sen. John DeFrancisco, a Syracuse Republican. “We’re now in a situation where the governor is saying, ‘I don’t care if I’m going to get an on-time budget.’ That’s a totally different tone. I would caution that we don’t want to end up in a situation like in Washington, where nothing ever gets done.”