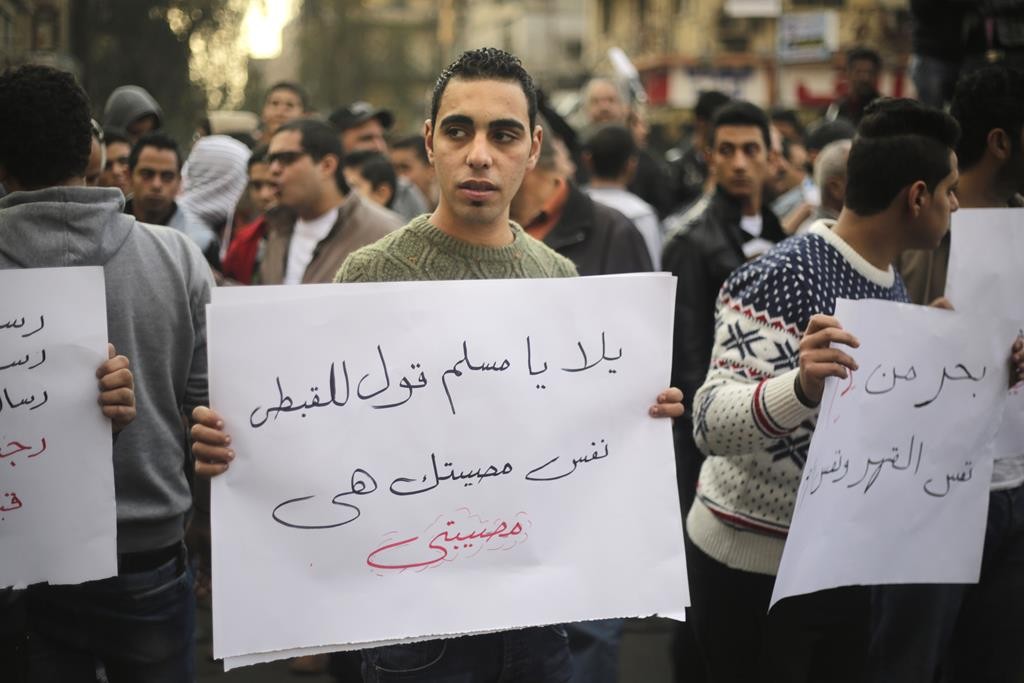 Egypt carried out airstrikes against Islamic State group targets in neighboring Libya on Monday and began a push for international military intervention in the chaotic North African state after extremists beheaded a group of Egyptian Christians.

The airstrikes bring Egypt overtly into Libya’s turmoil, showing Cairo’s alarm over the growing stronghold on its western border as it also fights a terrorist insurgency of Islamic State allies on its eastern flank in the Sinai Peninsula.

Libya is where the terrorist group has built up its strongest presence outside Syria and Iraq, and the government of President Abdel-Fattah el-Sissi is lobbying in Europe and the United States for a coordinated international response similar to the coalition air campaign in those countries.

“Leaving things in Libya as they are without decisive intervention to suppress these terror groups constitutes a clear danger to international peace and security,” Egypt’s Foreign Ministry said.

Egypt launched U.S.-made F-16 fighter jets from bases near its border several hours apart and struck targets in the eastern Libyan city of Darna, according to Egyptian and Libyan security officials, who spoke on condition of anonymity because they were not authorized to talk to the press.

Egypt’s military announced the first round of strikes on state radio — the first public acknowledgement of military action in post-Muammar Gadhafi Libya.

The military’s statement said weapons caches and training camps were destroyed “to avenge the bloodshed and to seek retribution from the killers.”

“Let those far and near know that Egyptians have a shield to protect and safeguard the security of the country and a sword that cuts off terrorism,” it said.

The strikes came hours after the Islamic State group issued a grisly video of the killing of 21 Egyptian Christians — mainly young men from impoverished families — who had traveled to Libya for work. They were kidnapped in two groups in December and January from the coastal city of Sirte.

Inside the church in the tiny Christian-majority village of el-Aour, home to 13 of the 21, relatives wept Monday and shouted the names of the dead in shock.

With almost no state control in much of Libya, terrorists loyal to the Islamic State have seized control of Darna and the central city of Sirte and have built up a powerful presence in the capital Tripoli and the second-largest city, Benghazi.

Egypt is already battling an Islamist insurgency in the strategic Sinai Peninsula, where terrorists recently declared their allegiance to the Islamic State. Those fighters rely heavily on arms smuggled from Libya, which has slid into chaos since the 2011 uprising that toppled Gadhafi’s 41-year rule.

El-Sissi spoke with France’s president and Italy’s prime minister Monday about Libya, and sent his foreign minister, Sameh Shukri, to New York to consult with U.N. officials and Security Council members ahead of a terrorism conference opening Wednesday in Washington.

“What is happening in Libya is a threat to international peace and security,” el-Sissi said.