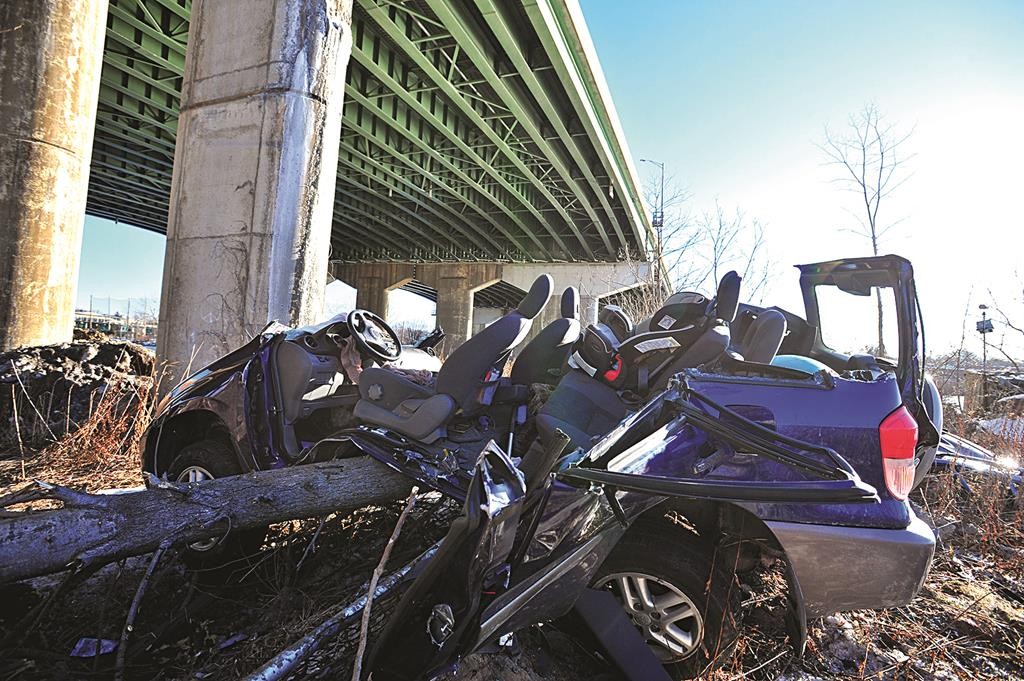 An SUV driver swerving to avoid striking another vehicle on a highway on Friday hit a snowbank along a guardrail and catapulted 60 feet off a bridge. Incredibly, the vehicle landed upright and the two occupants suffered only minor injuries.

The Toyota Rav4, driven by Elizabeth Wolthoff, landed on I-80 beneath the Hackensack River bridge, missing the river by about 40 feet. Wolthoff and her passenger, Rebecca Winslow, called 911. Both women were wearing seat belts.

Firefighter Michael Thomasey, one of about 20 firefighters who responded to the accident, said that Winslow asked where she was and remembered the crash.

“It’s just shocking that you could fall that far in a car and be awake when everybody gets there, telling us what hurts,” Thomasey said.