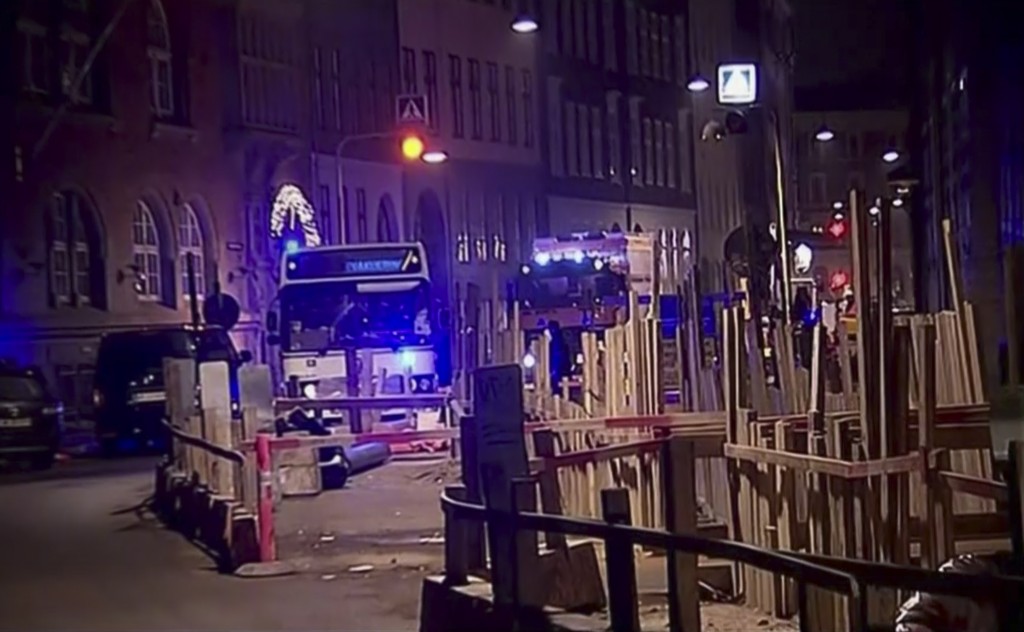 Danish police shot and killed a man early Sunday suspected of carrying out shooting attacks at a free speech event and then at a Copenhagen shul, killing two men, including a member of Denmark’s Jewish community. Five police officers were also wounded in the attacks.

Officials have not identified the perpetrator but say it is possible he was imitating the terror attacks last month in Paris in which Islamic radicals carried out a massacre at the Charlie Hebdo newsroom followed by an attack on Jews at a kosher grocery store.

“Denmark has been hit by terror,” Danish Prime Minister Helle Thorning-Schmidt said on Sunday. “We do not know the motive for the alleged perpetrator’s actions, but we know that there are forces that want to hurt Denmark. The want to rebuke our freedom of speech.”

Denmark’s Jewish Community identified the Jewish victim as 37-year-old Dan Uzan, Hy”d. He was guarding a building behind Copenhagen’s Krystalgade synagogue during a bar mitzvah on Motzoei Shabbos when he was shot in the head and killed. Two police officers who were there were slightly wounded.

The first shooting happened before 4 p.m. Saturday when police said a gunman used an automatic weapon to shoot through the windows of the Krudttoenden cultural center during a panel discussion on freedom of expression featuring a Swedish artist who had caricatured the founder of Islam. The artist, Lars Vilks, was whisked away unharmed by his bodyguards but a 55-year-old man attending the event was killed, while three police officers were wounded, authorities said.

After midnight Motzoei Shabbos, the Jewish man was killed and two police officers were wounded in the second shooting outside the shul.

Officials said the shooter was confronted by police as he returned to an address that they were keeping under surveillance. Investigators described him as 25 to 30 years old with an athletic build and carrying a black automatic weapon. They released a blurred photograph of the suspect wearing dark clothes and a scarf covering part of his face.

Police said it was possible the gunman had planned the “same scenario” as in the Charlie Hebdo massacre.

Danish police launched a massive manhunt with helicopters roaring overhead and an array of armored vehicles on the usually peaceful streets of Copenhagen.

By early Sunday morning, police said they had fired shots and later confirmed they killed a man in Norrebro, an area in Copenhagen not far from the sites of the two attacks.

“We assume that it’s the same culprit behind both incidents… that was shot by the police,” Chief police inspector Torben Molgaard Jensen told reporters.

Leaders across Europe condemned the violence and expressed support for Denmark. Sweden’s security service said it was sharing information with its Danish counterpart, while U.S. National Security Council spokeswoman Bernadette Meehan said U.S. officials were ready to help with the investigation and have been in touch with their Danish counterparts.