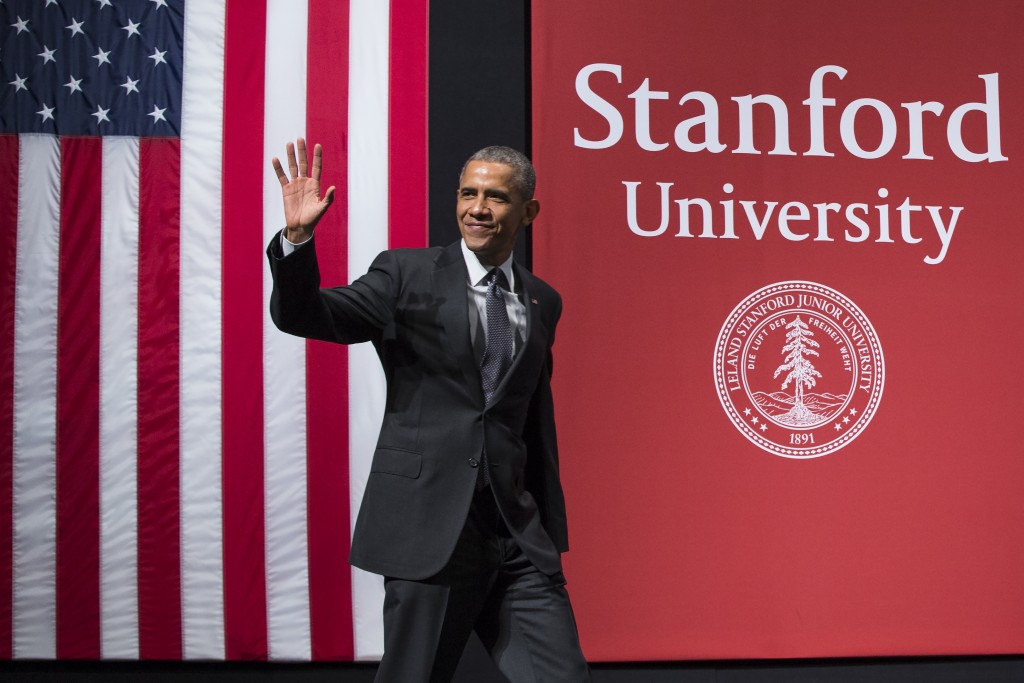 President Barack Obama said Friday that he probably leans more toward strong computer-data encryption than many in law enforcement, but added that he understands investigators’ concerns over the matter because of their need to protect people from attacks.

He suggested having a “public conversation” about the issue because “the first time that attack takes place in which it turns out that we had a lead and we couldn’t follow up on it, the public’s going to demand answers.”

Obama was interviewed by the technology website Re/code after he addressed a White House summit on cybersecurity and consumer protection that was held at Stanford University.

“And so this is a public conversation that we should end up having,” he said. “I lean probably further in the direction of strong encryption than some do inside of law enforcement. But I am sympathetic to law enforcement because I know the kind of pressure they’re under to keep us safe. And it’s not as black and white as it’s sometimes portrayed.”

The trend toward strong data encryption follows recent, damaging revelations that the U.S. government was collecting phone records and digital communications of millions of people not suspected of wrongdoing.

Obama said companies like Apple are “properly responding” to market demand because people, including him, want to know that their private communications remain so.

Apple’s iMessage platform, for example, offers end-to-end encrypted text messages, unlike traditional text messages. That encryption likely means the only way police can see those messages is by obtaining a user’s iPhone. Apple has sold hundreds of millions of devices that use iMessage.

Obama said he wants to “narrow the gap” in the differences of opinion over which has more value: privacy or safety. He said people who favor airtight encryption also want to be protected from terrorists.

“There are times where folks who see this through a civil-liberties or privacy lens reject that there’s any trade-offs involved, and in fact there are,” said Obama, who still uses a protected BlackBerry for non-official communications. “It may be we want to value privacy and civil liberty far more than we do the safety issues, but we can’t pretend that there’s no trade-offs whatsoever.”