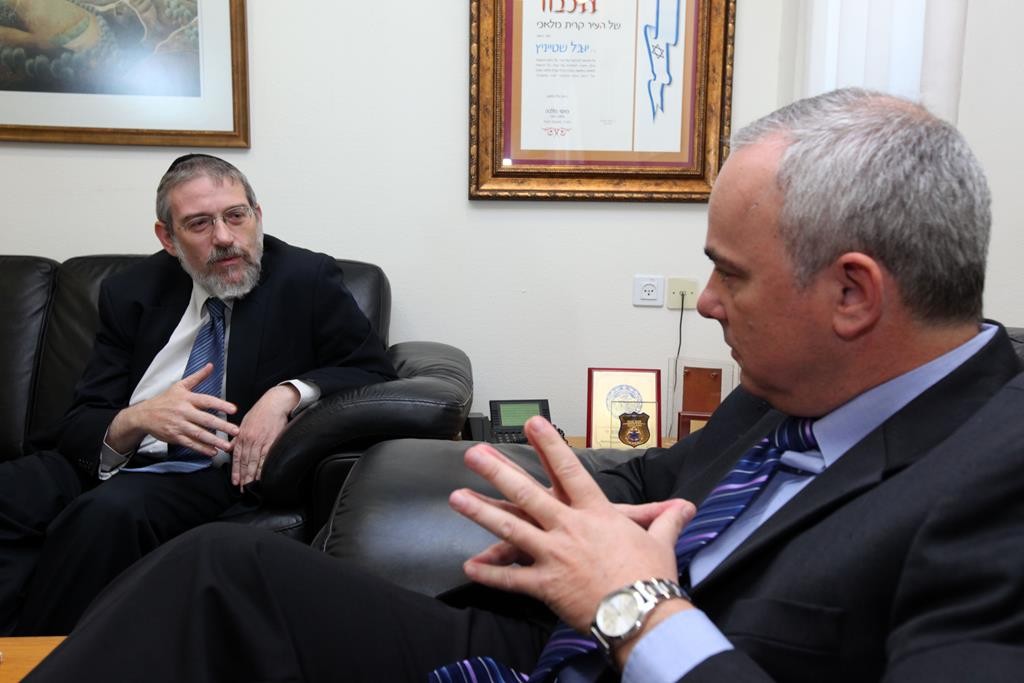 Hours after the deadly shooting at a Denmark synagogue, Israeli Prime Minister Binyamin Netanyahu responded on Sunday with a call to Jews there and in other European countries to come to Israel, much as he did after the recent terrorist attacks in France.

That call was promptly rejected by the Chief Rabbis of Denmark.

Rabbi Jair Melchior said on Sunday he was “disappointed” by Netanyahu’s call for immigration.

“Terror is not a reason to move to Israel,” said Rabbi Melchior, a former member of Knesset for the Meimad party and Minister of Social & Diaspora Affairs from 1999 to 2001.

“The solution for the Jews of Denmark is not to leave in the wake of the terror attacks in Copenhagen,” Vahr said after Netanyahu’s remarks.

“It is the right, and maybe the responsibility, of every Israeli leader to invite diaspora Jewry to Israel. On the other hand, such a call in the aftermath of a terror attack can have great and unwanted consequences,” Rabbi Goldschmit told Hamodia. “Such a statement could make foreign governments feel absolved of their responsibility. I think the emphasis has to be on protecting the existing Jewish communities.”

“This wave of attacks and the murderous anti-Semitic assaults that are part of it are expected to go on,” Netanyahu said at the start of his weekly cabinet meeting, describing the shootings as “extremist Islamic terrorism.”

“Jews deserve protection in every country, but we say to Jews, to our brothers and sisters, Israel is your home. We are preparing and calling for the absorption of mass immigration from Europe,” Netanyahu said.

He announced that he was submitting to the cabinet a 180 million shekel plan to encourage the absorption of immigrants from France, Belgium and Ukraine. We will submit additional plans later. To the Jews of Europe and to the Jews of the world I say that Israel is waiting for you with open arms.”

Former Danish Chief Rabbi Bent Lexner told Arutz Sheva on Sunday that the Copenhagen incident attack should not come as a surprise.

“It’s not a surprise because we know that Denmark is on the top list” for terror attacks, he said, “because Denmark is involved in Afghanistan and in the ICC and so on.” Rabbi Lexner added that, as such, Copenhagen has been on “high alert” for some time.

Nevertheless, he does not think that more Danish Jews will move to Israel as a result.

“We are used to it,” he said, “and those who have decided to make aliyah, decided a long time ago.”

Foreign Minister Avigdor Lieberman said that these attacks “demonstrate what we have said for years: Israel and the Jewish people have been victims of this terror primarily because they are at the forefront of the terror war being waged against the west and the entire free world.”

Lieberman added that “the international community must not satisfy itself with declarations and rallies against this terror, but must go beyond the boundaries of what is politically correct and wage all-out war to root out Islamic terror.”

He spoke with Danish Foreign Minister Martin Lidegaard and expressed Israel’s condolences, and told him that Israel appreciates Denmark’s cooperation in maintaining the security of Israelis and Jews in his country. Israel is ready for any cooperation required on this issue and will continue to strengthen the cooperation between the two countries, he added.