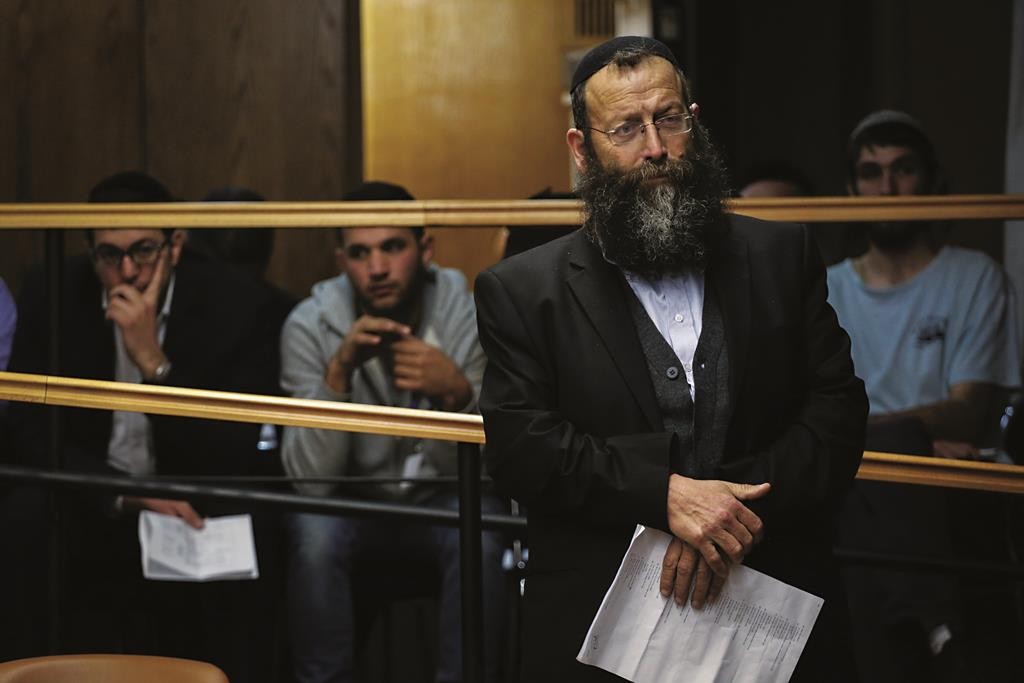 The Central Elections Committee voted on Thursday to ban two candidates from running for the Knesset in March — an Arab MK notorious for her support of Israel’s enemies, and a right-wing activist formerly associated with the outlawed Kach group.

Responding to a petition submitted by Yisrael Beiteinu, the committee voted 27 to 6 to disqualify MK Haneen Zoabi (Balad) and Yachad candidate Baruch Marzel from the March 17 elections.

It was not the final word, however, as disqualifications are automatically brought to the High Court. In previous cases, the Court has disallowed such bans, including attempts to ban both Zoabi and Marzel.

Sharon Gal, the journalist who conducted the interview with Zoabi last summer, in which she denied that the kidnapping of three teens in Gush Etzion last summer was an act of terrorism, presented the petition on behalf of Yisrael Beiteinu.

“Zoabi crossed every line. She supports terrorism in words and in actions, when she joined the [2010 Gaza] flotilla on the Mavi Marmara,” Gal said. “The time has come to send a clear message to those who support terrorism: They cannot test the borders of freedom of expression and cannot raise a hand against IDF soldiers.”

MK Yariv Levin (Likud) cited Zoabi’s “amazing accumulation of activity supporting terrorism, including writing an article on a Hamas website during Protective Edge, meeting with [former Balad MK and fugitive] Azmi Bishara at that time, participating in illegal demonstrations and rejecting Israel as Jewish and democratic.”

The hearing at the Central Election Committee was a stormy one, as expected. Zoabi’s remarks were interrupted repeatedly.

“I don’t really understand why I’m here,” she chuckled, at the opening of her remarks.

“Me neither,” Gal shouted. “You belong in jail!”

Zoabi tried to frame the debate as one about free expression and equality. It was about whether she can “identify with my Palestinian nation, oppose the occupation and still demand equal citizenship,” she claimed.

“Zoabi doesn’t even belong in the Palestinian Authority, rather she should be with the Hamas terrorists in Gaza,” he said.

A group called The Task Force Against Racism petitioned the committee to disqualify Marzel’s candidacy on the grounds that he had never expressed regret for the allegedly racist platform of Rabbi Meir Kahane’s Kach party, to which he belonged.

“The majority that the left formed in the committee and the opposition of the left, the Arabs and the Reform movement illustrates just how much they are afraid of me,” Marzel said.

Marzel vowed that he would continue speaking out without fear.

His attorney, Ben-Gvir argued that Marzel is not a racist, because “he doesn’t differentiate between Jews and Arabs — he shouts at whoever is against the country.”