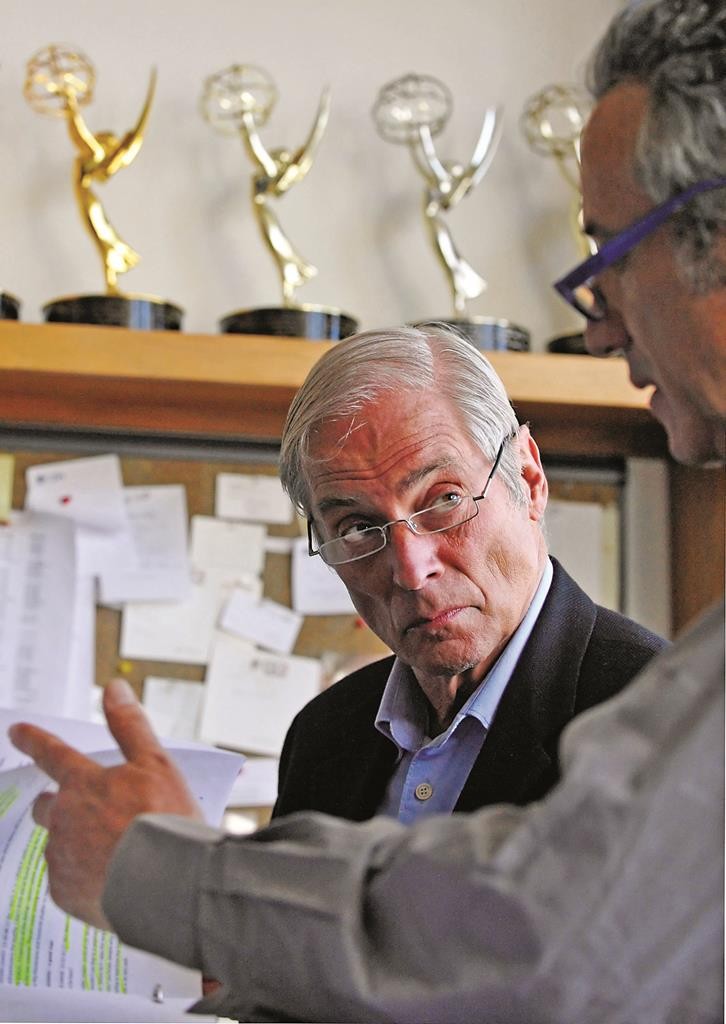 Longtime “60 Minutes” correspondent Bob Simon, who covered most major overseas conflicts and news stories since the late 1960s during a five-decade career in journalism, has died in a car crash. He was 73.

Simon was among a handful of elite journalists, a “reporter’s reporter,” according to his executive producer, whose assignments took him from the Vietnam War and Yom Kippur War to the 1991 Operation Desert Storm, where he was held captive for more than a month in Iraq.

A livery cab in which Simon was a passenger Wednesday night hit another car stopped at a Manhattan traffic light and then slammed into metal barriers separating traffic lanes. Police said Thursday that Simon was not wearing a seatbelt, which are not required or a common practice in livery vehicles.

“We have some sad news from within our CBS News family,” Pelley said. “Our colleague Bob Simon was killed this evening.”

“Vietnam is where he first began covering warfare, and he gave his firsthand reporting from virtually every major battlefield around the world since,” Pelley said.

Simon had been preparing a report on the Ebola virus and the search for a cure for this Sunday’s “60 Minutes” broadcast.

Simon joined CBS News in 1967 as a reporter and assignment editor, covering campus unrest and inner-city riots, before moving to Tel Aviv from 1977 to 1981. His career in war reporting began in Vietnam, and he was on one of the last helicopters out of Saigon when the U.S. withdrew in 1975.

At the outset of the Gulf War in January 1991, Simon was captured by Iraqi forces near the Saudi-Kuwaiti border. He and three other members of CBS News’ coverage team spent 40 days in Iraqi prisons.

As a Jew, Simon said, he underwent particularly brutal treatment by his Iraqis captors.

“I thought my number was up when they started accusing me of being a member of Mossad,” Simon said.

“An army guy … grabbed me by the face, forced my mouth open and said, ‘Yehudi, Yehudi,’ which means Jewish, and then spit at me and slapped me,” he added. “This sixth instinct that every anti-Semite has ever had — ‘Jew, dirty Jew.’”