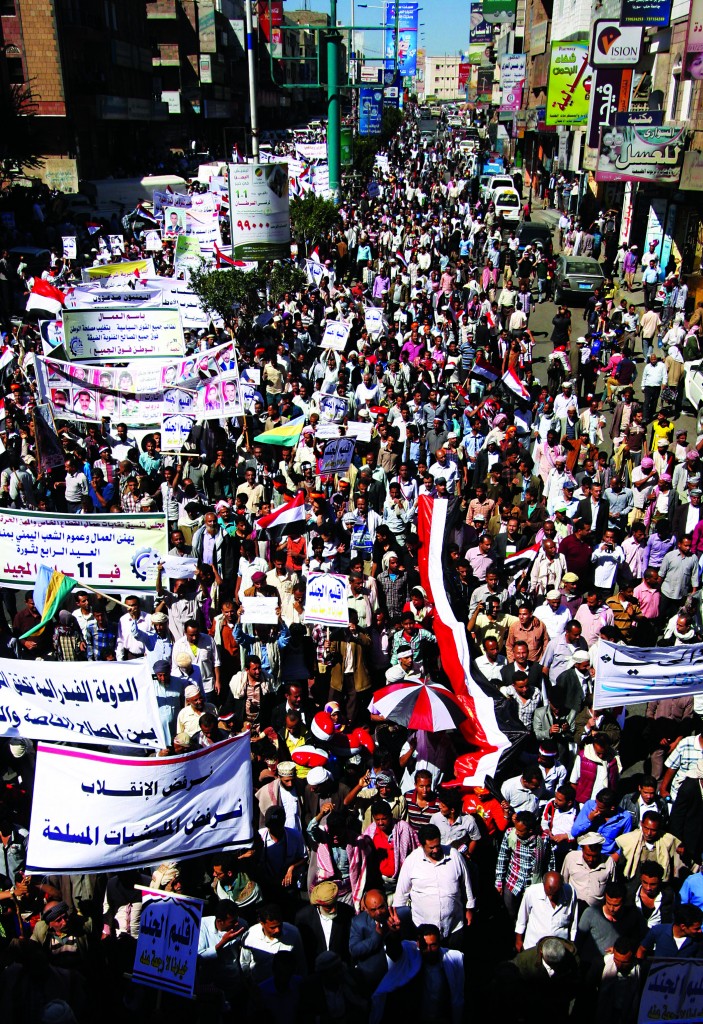 Yemenis in the capital Sanaa and the central city of Taiz held the largest protests yet against a takeover by a Shi’ite Muslim militia group on Wednesday after the United States, Britain and France shut their embassies over security fears.

Hundreds massed in the capital against the Houthi fighters, who manned checkpoints and guarded government buildings they control. The Houthis, bedecked in tribal robes and automatic rifles, shot in the air and thrust daggers at the crowds opposing their rule.

Tens of thousands of people also carried banners and chanted anti-Houthi slogans in Taiz, which the Houthis have not taken.

The Iranian-backed Houthi movement has called its seizure of power a revolution and says it wants to rid the country of corruption and economic peril — though Yemen’s rich Sunni Muslim Gulf Arab neighbors say it is a coup.

Yemen had long been at the forefront of the U.S.-led war against al-Qaida, but the long-standing alliance between Washington and Sanaa appears to have ended for now.

The U.S. ambassador and diplomatic staff left the embassy on Wednesday, local workers said, a day after Washington announced it was closing the mission. Embassy workers had already destroyed weapons, computers and documents, they added.