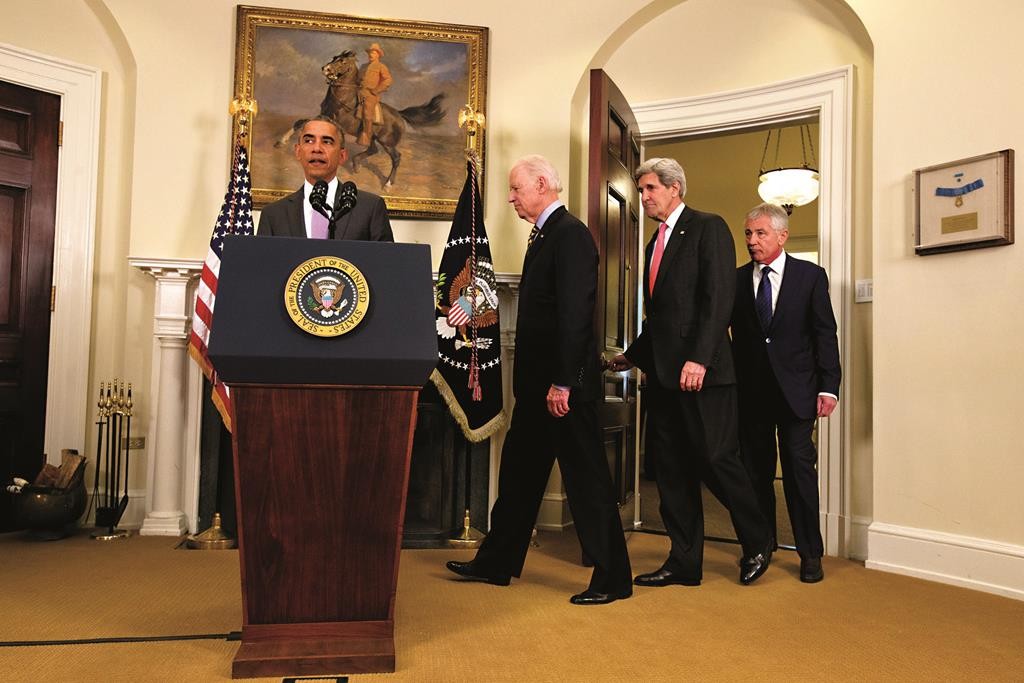 Republicans, who control Congress, put up swift resistance to the proposal. They say Obama’s foreign policy is too passive and want stronger measures against the terrorists, also known as ISIL.

With Obama’s fellow Democrats wary of another Middle East war, it could be difficult for the White House to win enough support to pass the bill, even though six months have passed since the military campaign began.

Some lawmakers predicted a vote as soon as March but others anticipated debate could last for months.

The proposed resolution says Islamic State “has committed despicable acts of violence and mass execution.” Islamic State has killed thousands of civilians while seizing territory in Iraq and Syria in an attempt to establish a hub of jihadism in the heart of the Arab world.

They have also generated international outrage by the brutal killings of several western journalists and aid workers and by burning to death a Jordanian pilot.

Obama sent his request to Congress a day after his administration confirmed the death of Kayla Mueller, a 26-year-old aid worker who was the last known American hostage held by the group.

Both the U.S. Senate and House of Representatives must approve Obama’s plan. Lawmakers said they would begin hearings quickly.