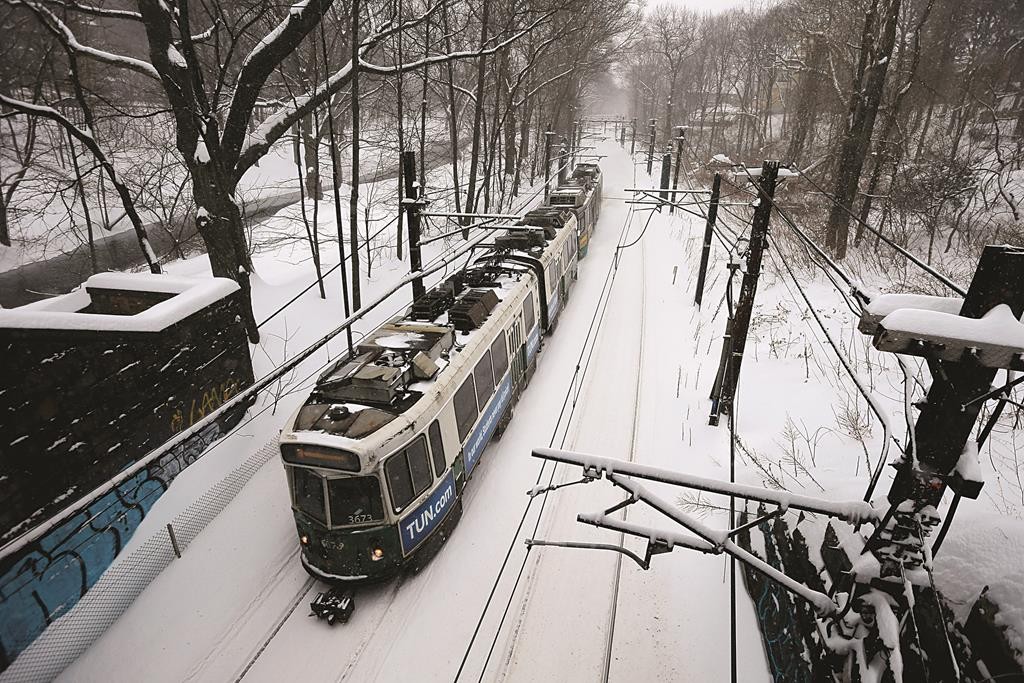 As New Englanders dug out from two more feet of snow Tuesday, there appeared to be no relief in sight. Meteorologists predict more snow is on the way Thursday and perhaps this weekend in the snow-choked region.

Here’s how the region is coping:

The Massachusetts Bay Transportation Authority said it needed the break to clear snow and ice from tracks. Service is set to resume Wednesday.

Amtrak canceled train service from Brunswick, Maine to Boston because of snow removal.

After a brief respite Wednesday, forecasters say much of New England is on track to get more snow Thursday and into the Friday morning commute, with three inches expected in Boston and six or more south of the city. A much larger storm could dump appreciably higher amounts Sunday into Monday, but meteorologists say it is still too early to say how much.

The roof of a Massachusetts music store that’s home to a famous rhinestone-encrusted grand piano collapsed under the weight of snow.

Rockland Fire Chief Scott Duffey said a large section of the roof fell into the showroom Tuesday morning at the Piano Mill. No one was in the building at the time. Owner Rob Norris said the piano, which has 88,888 rhinestones and has been appraised at $500,000, was not damaged.

There were a number of roof collapses reported across the state. No injuries have been reported in any of them.

At least one Massachusetts school district has thrown up the white flag.

The Pentucket Regional School District near the New Hampshire border canceled classes through the rest of the week. Schools will reopen Feb. 23 when students return from their traditional week-long winter break.

The district will already be holding classes on Evacuation Day (March 17) and Bunker Hill Day (June 17) to make up for lost time, and extending the school year from June 19 to June 30, he said Tuesday.

Baker also announced other measures Tuesday, including activating about 500 members of the state’s National Guard, purchasing two snow melters that can melt up to 25 large truckloads of snow an hour, and appealing to nearby Vermont, New York, and Pennsylvania for additional resources.