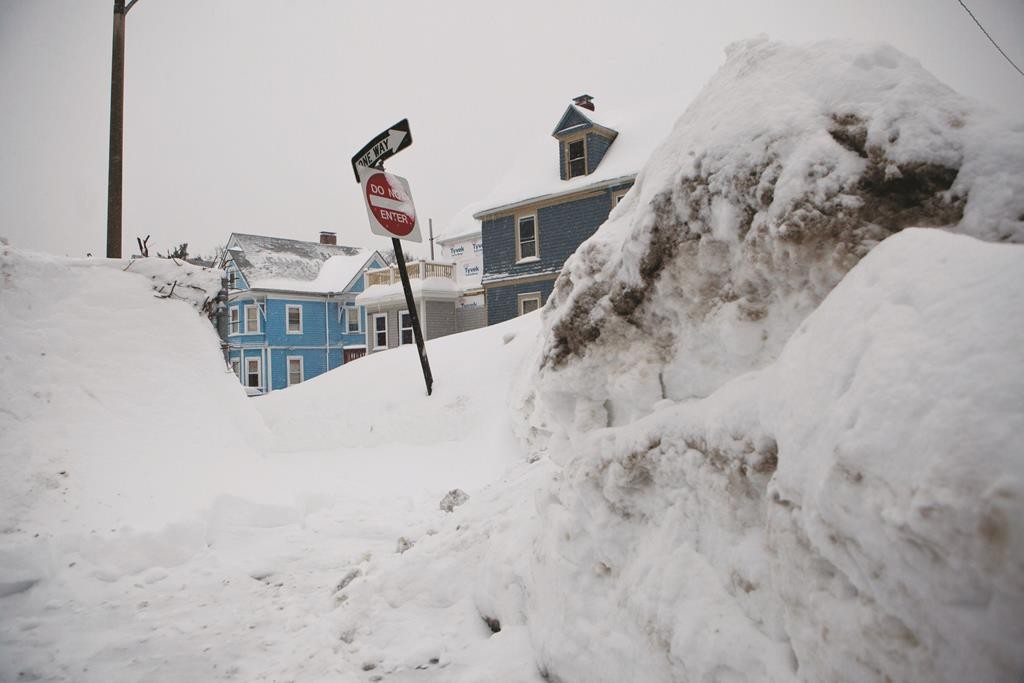 More than two feet of fresh snow piled up in parts of New England on Monday, breaking records set during the Blizzard of 1978 and testing the patience of officials and commuters as forecasters warned of more winter misery later in the week.

The latest onslaught forced the cancellations of hundreds of flights, tested transit systems and tempers, and collapsed roofs straining beneath the weight of five feet or more of snow that has fallen in less than two weeks.

Here’s the latest on the winter that just won’t quit:

One for the Record Books

By midafternoon, the weather service reported an unofficial measurement of 24.5 inches in Quincy, Cohasset and Weymouth, all south of Boston. Norwell got 23.3 inches, Milton 22.6 and Braintree 21. Sudbury and Ashland, west of Boston, got 16 inches. Logan Airport in Boston had well over a foot, and the city was forecast to get as much as two feet.

“You can’t change it. The snow is there,” said Helen Ferullo, a social worker in Weymouth. “You can’t do anything about it.”

Much of Connecticut and parts of upstate New York braced for six to 12 inches, and southern Maine was in for about eight by the time the storm tapers off Tuesday.

Bangor, Maine, tied its own 30-day snowfall record with 53 inches, which hasn’t been seen in such a short period since 1969, the National Weather Service said.

Forecasters said more snow was expected on Thursday and again next weekend, and the Massachusetts Emergency Management Agency warned that potentially record-low temperatures and wind chills are expected later in the week.