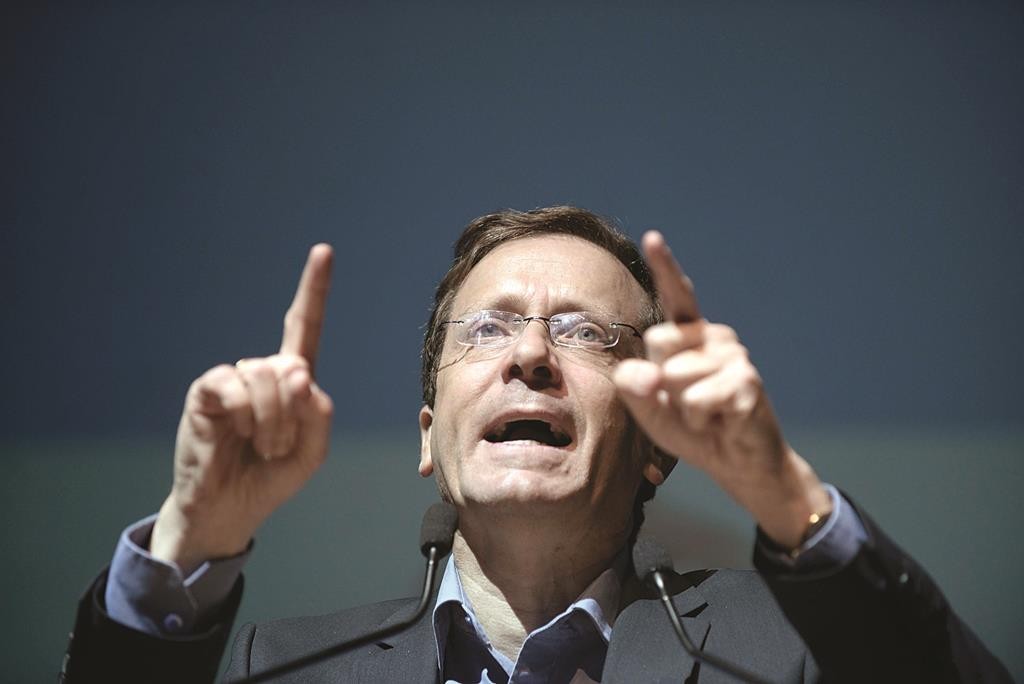 Continuing his aggressive campaign to become prime minister, Labor party leader Isaac Herzog challenged the incumbent to a debate, suggesting that the reason he has so far avoided one is because he is afraid.

“Why don’t you want to debate me?” Herzog asked Prime Minister Binyamin Netanyahu in a campaign video put out late last week. “What, are you afraid of me? Are your advisers telling you ‘don’t debate him?’ Look, I just want to talk. You and me, in front of all the people of Israel.”

Herzog asked if Netanyahu has any new economic and diplomatic ideas to offer after six years as prime minister.

Then in a subsequent video on Sunday, Herzog probed what is generally regarded as Netanyahu’s strong point: defense and security.

“For years, Hamas has been tunneling under our communities near the Gaza border. And what did you do? You waited, stalled and hesitated,” Herzog charged. “What did Israel gain from the war with Hamas? Did you destroy Hamas? No, Hamas grew stronger,” he said.

Over the weekend, Herzog attended the Munich Security Conference, where he proposed the forging of a regional alliance to fight extremist terrorism and Iran.

Herzog’s colleague, Zionist Camp campaign chairman MK Eitan Cabel, reportedly sent letters to the heads of the three new stations in Israel, demanding that they refuse to cover Netanyahu until he agrees to a debate.

However, in response to the opposition’s allegations that Netanyahu and his wife have spent taxpayers’ money on personal luxuries, the Likud has released a video mocking the critics.

“They are trying to distract you from what really matters with nonsense,” Netanyahu says at the end of the clip.

According to the latest opinion polls, Likud is surging ahead.