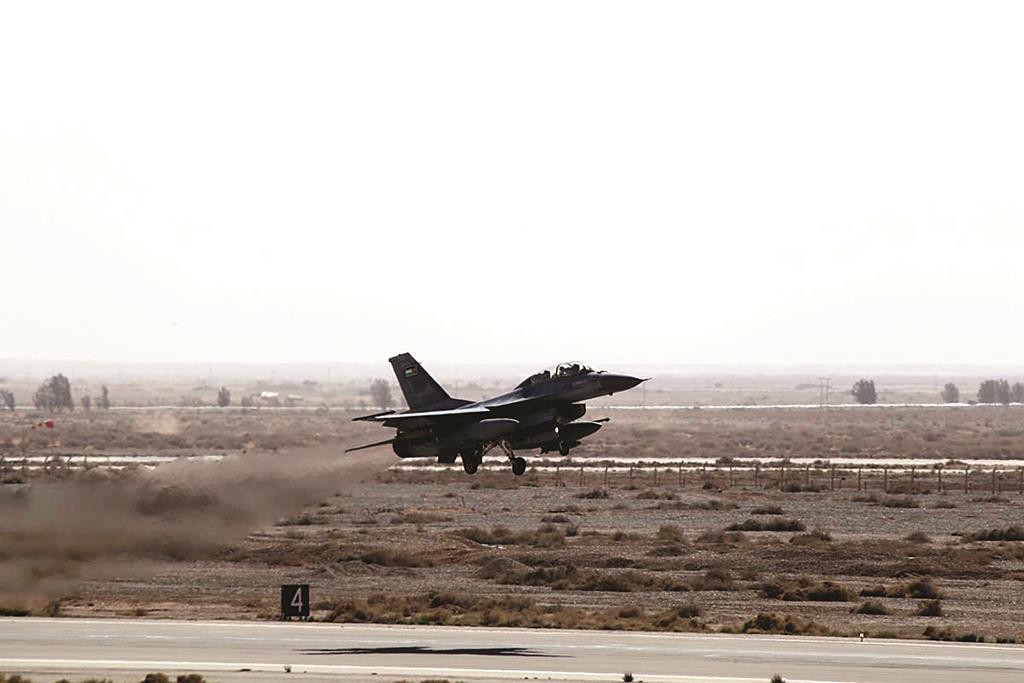 As part of the new campaign, Jordan is also attacking targets in Iraq, said Foreign Minister Nasser Judeh. Up to now, Jordan had struck IS targets in Syria, but not Iraq, as part of a U.S.-led military coalition.

Asked if Jordan was now carrying out attacks in both countries, he said: “That’s right. Today more Syria than Iraq, but like I said it’s an ongoing effort.”

“They’re in Iraq and they are in Syria and therefore you have to target them wherever they are,” he added.

The Jordanian military said dozens of fighter jets were involved in Thursday’s strikes on training centers and weapons storage sites.

Jordan State media showed footage of the attacks, including fighter jets taking off from an air base and bombs setting of large balls of fire and smoke after impact. It showed Jordanian troops scribble messages in chalk on the missiles. “For you, the enemies of Islam,” read one message.

The military’s statement, read on state media, was entitled, “This is the beginning and you will get to know the Jordanians” — an apparent warning to IS. It said the strikes will continue “until we eliminate them.”

Jordan’s King Abdullah II was paying a condolence visit to the family of the pilot, Lt. Muath al-Kaseasbeh, in southern Jordan when the fighter jets roared overhead.

The king pointed upward, toward the planes, as he sat next to the pilot’s father, Safi al-Kaseasbeh.

Al-Kaseasbeh told the assembled mourners that the planes had returned from strikes over Raqqa, the de facto capital of the terrorists’ self-declared caliphate. His son had been captured near Raqqa when his F-16 fighter plane went down in December.

Also Thursday, Jordan released an influential jihadi cleric, Abu Mohammed al-Maqdesi, who was detained in October after speaking out against Jordan’s participation in the anti-IS coalition, according to his lawyer, Moussa al-Abdallat.