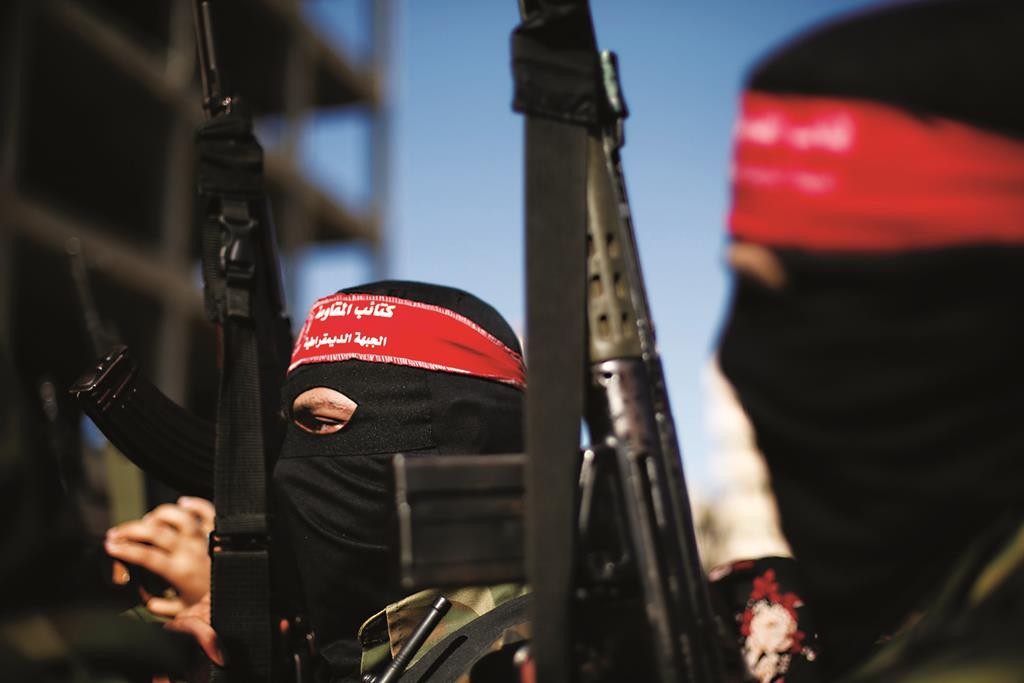 In a statement read by a masked gunman, 10 armed Palestinian factions jointly condemned on Thursday an Egyptian decision to list the military wing of Hamas as a terrorist organization.

An Egyptian court last week banned the Izz el-Deen Al-Qassam Brigades, Hamas’s armed wing, in line with a crackdown by President Abdel Fattah al-Sisi on the Muslim Brotherhood, of which Hamas is an offshoot.

That decision prompted a source close to the Brigades to say that Egypt, which has mediated several past ceasefires between Israel and the Palestinians, including a truce to end the Gaza war last summer, could no longer be trusted as an impartial player.

In the statement read aloud by the gunman in Gaza, the 10 terrorist groups said that their fight was only with Israel.

“We reaffirm that we do not intervene in the internal affairs of Arab countries and we hope that no one will export their internal problems towards the Palestinians….”

As well as the Qassam Brigades, the statement was signed by Islamic Jihad, the Aqsa Martyrs’ Brigade, the Popular Front for the Liberation of Palestine, a Salafi group called Swords of Islam, and five other factions.

Egypt says that weapons are smuggled from Gaza into northern Sinai, where they end up in the hands of terrorist groups fighting to topple Sisi’s Western-backed government.

Hamas has denied providing any logistical, military or other assistance to groups fighting Egyptian troops.

Last week the Egyptian wing of Islamic State claimed the killing of at least 30 soldiers and police officers in four separate attacks in North Sinai, among the bloodiest in years.